Samsung announced today the Samsung Ch@t 322, a dual SIM cards phone, which lets you  to use two separate phone numbers on the same device. 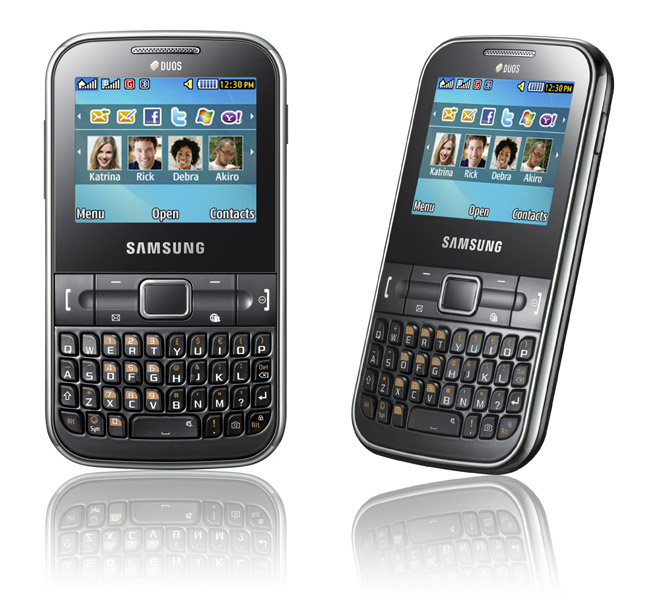 Although Samsung didn’t reveal the price, it is expected to be a budget friendly phone and will be launched initially in Russia in November and roll out to CIS, Southeast Asia, India, China, Middle East, and Africa.