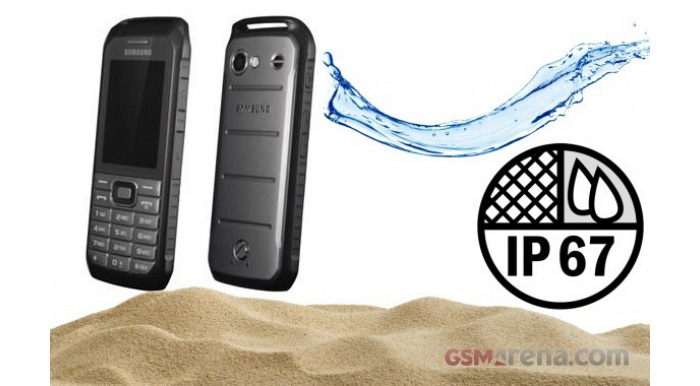 It is not that hard to find a rugged smartphone that can withstand drops, underwater adventures, extreme temperatures and dirt but this is not the case with ordinary feature phones. After all, why offer a rugged feature phone when the cost of the protection provided is often more than what the phone is worth?

The people at Samsung think otherwise. The Korean company has presented the B550 Xcover 3, which happens to be a rugged feature phone, which makes it a rare example of such a device. The phone comes locked into a chassis that can withstand dirt and water and meets all IP67 requirements. The phone can also survive up to 30 minutes under water at depths below 1 meter (3.3 feet).

The tech specs of the B550 Xcover 3 are nothing special but after all this is a feature phone. The gadget has a 2.4-inch display at 240 x 320 pixels, 128 MB of RAM, 128 MB of internal memory, a microSD card slot for expansion, one rear 3 MP camera, an FM radio, Bluetooth and support for HSDPA. A 1300 mAh battery powers the phone, which runs a customized unnamed operating system.

The Samsung B550 Xcover 3 will be commercially available by the end of March 2015. The phone will sell for just EUR 99.