HTC fight back against Apple disagrees with apple

HTC Corporation today outlined its disagreement with Apple’s legal actions and reiterated its commitment to creating a portfolio of innovative smartphones that gives consumers a variety of choices. Founded in 1997 with a passion for innovation and a vision for how smartphones would change people’s lives, HTC has continually driven this vision by consistently introducing award-winning smartphones with U.S. mobile operators.

“HTC disagrees with Apple’s actions and will fully defend itself. HTC strongly advocates intellectual property protection and will continue to respect other innovators and their technologies as we have always done, but we will continue to embrace competition through our own innovation as a healthy way for consumers to get the best mobile experience possible,” said Peter Chou, chief executive officer, HTC Corporation. “From day one, HTC has focused on creating cutting-edge innovations that deliver unique value for people looking for a smartphone. In 1999 we started designing the XDA and T-Mobile Pocket PC Phone Edition, our first touch-screen smartphones, and they both shipped in 2002 with more than 50 additional HTC smartphone models shipping since then.”

In 2009, HTC launched its branded user experience, HTC Sense. HTC Sense is focused on putting people at the center by making phones work in a more simple and natural way. This experience was fundamentally based on listening and observing how people live and communicate.

“HTC has always taken a partnership-oriented, collaborative approach to business. This has led to long-standing strategic partnerships with the top software, Internet and wireless technology companies in the industry as well as the top U.S., European and Asian mobile operators,” said Jason Mackenzie, vice president of HTC America. “It is through these relationships that we have been able to deliver the world’s most diverse series of smartphones to an even more diverse group of people around the world, recognizing that customers have very different needs.”

The US gaming studio Valve has revealed its latest product – an operating system that has been specifically designed for video games and the online game distribution platform Steam in particular. The new SteamOS now comes with a number of enhancements that do not exist on other platforms...

Thermaltake’s professional gaming gear division Tt eSPORTS today announced a new gaming 'creation' which will help you to carry with you all gaming weapons you need for LAN parties, gaming events or even large international competitions. It's actually a travel bag, designed specially for... 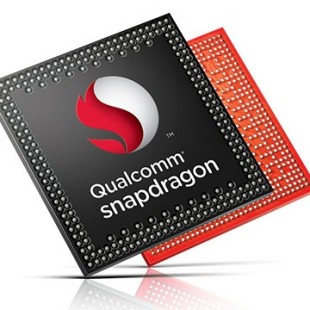 The famous smartphone chip maker Qualcomm has presented two new 64-bit processors for smartphones at the on-going MWC 2014. The models are called Snapdragon 610 and Snapdragon 615 and come with Adreno 405 graphics as well as support for DirectX 11.2 and OpenGL ES3.0. Despite the different...