Apple released an update of the iPhone OS, upgrading it to version 3.1.2. The update is over 200MB, can be downloaded through iTunes and help for several issues regarding network service disruption, waking from sleep and crashing during video streaming.
According to Apple, the update — which applies to the iPhone, iPhone 3G and iPhone 3GS — has the following improvements: 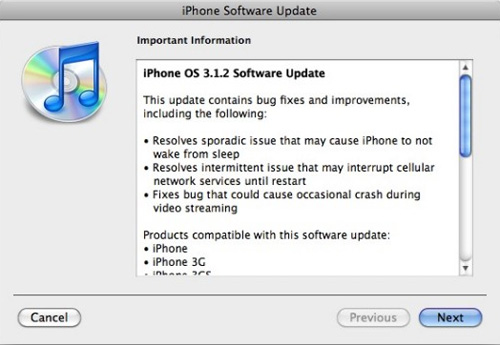