A complaint has been filled with the Federal District Court in the Western District of Wisconsin against Apple, alleging that Apple iPhone and iPad 3G products infringe five of Nokia’s most important patents.
The patents that were used in Apple’s hardware are very important to Nokia’s success as they allow very improved and enhanced product performance and design. They relate to technologies for enhanced speech and data transmission, using positioning data in applications and innovations in antenna configurations that improve the performance and save space. This allows smaller and more compact devices.

General Manager of Patent Licensing at Nokia, Paul Melin, explained that Nokia has been the leading developer of many key technologies in mobile devices, and that they have taken this step to protect the results of their pioneering development and to put an end to continued unlawful use of Nokia’s innovation.

Nokia has invested more than forty billion euro in research and development during the last two decades. The investment is to ensure the development and built of one of the wireless industry’s strongest and broadest IPR portfolios with over eleven thousand patent families. Nokia’s strong patent portfolio demonstrates that they are a leader in the development of handheld device and mobile communications technologies.

The upcoming Mobile World Congress 2013 event that will be held in Barcelona, Spain next month will be the stage where Samsung will present a new tablet line – the Galaxy Tab 3. The Galaxy Tab 3 line will consist of tablets with 7-inch and 10.1-inch displays supporting... 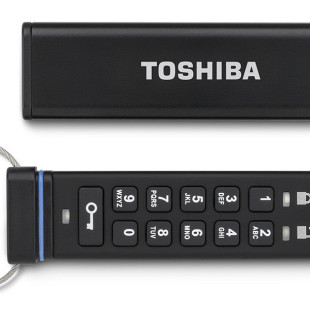 USB flash drives are a convenient way of having all your files with you at all times but they have numerous drawbacks with one of them being lack of protection. Once you write files onto a USB flash drive any other person can read them on any PC. This is clearly a problem for people who work...