Skype Coming to BlackBerry Smartphones in May

The lite version of Skype delivers core Skype capabilities to BlackBerry smartphones, including:

BlackBerry smartphone users who download Skype can save money on calls to landlines and mobiles abroad, and stay connected with friends and family over Skype. The application works wherever your mobile phone works, without needing a Wi-Fi connection. It uses local air time and a mobile Internet connection to sign in to Skype, update your contact list and presence and to send/receive calls or messages. As a result, you must have both a calling plan and a data plan to use the lite version of Skype.

“With Skype on BlackBerry smartphones, we are making Skype available in the briefcases and purses of BlackBerry users around the world,” said Scott Durchslag, COO of Skype. “We have heard loud and clear that our users want Skype on whichever smartphone they choose to use. This fulfills our promise of making Skype available on the major smartphones so consumers and mobile professionals can connect to Skype whenever, wherever and however they choose.”

The lite version of Skype will be available to BlackBerry users worldwide. The ability to make calls will be available in 10 countries: Australia, Brazil (Rio de Janeiro & Sao Paulo), Denmark, Estonia, Finland, New Zealand, Poland, Sweden, the United States and the UK. English will be supported first, with additional languages to follow. Those who download the beta version will be able to provide feedback on the application via an online survey.

The lite version of Skype on BlackBerry smartphones is just the latest offering from Skype that allows users to take their Skype conversations with them. Skype recently announced the availability of the Skype for iPhone application, the lite version of Skype for Android-powered devices and more than 100 other Java-enabled mobile phones, as well as a strategic partnership with Nokia. Skype has also released Skype for Windows Mobile, an application that has been downloaded more than 12 million times worldwide.

The beta of the lite version of Skype will be available as a free download to BlackBerry smartphone users beginning in May from www.skype.com/m using their BlackBerry® Browser. 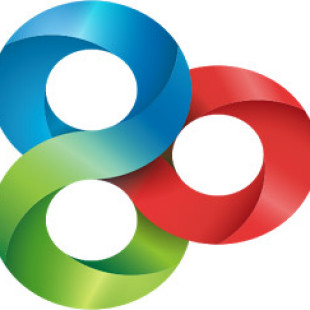 Are you tired of your Android interface? Now you can change it and enjoy something new. Go Launcher EX promises to do just that. It is a free application that you can now download and install from Google Play. The main purpose of it is to dramatically change your Android skin and apply new...

The Chinese PC and smartphone maker Lenovo may soon start making its own processors. Don't get too excited though - the company won't compete on the PC processor market against companies such as Intel and AMD – instead Lenovo will design and produce own brand processors for its smartphones...

CyberPower is again in the news today with the release of the all new Zeus Storm line of gaming desktop PCs – represented as of now by three models offering both Intel and AMD processors and both AMD and NVIDIA graphics cards. The cheapest of the three is the Zeus 1000 model – it...