Skype and Nokia jointly announced the release of Skype for Symbian, a Skype client for Nokia smartphones based on the Symbian platform, the world’s most popular smartphone platform. Skype for Symbian will allow Nokia smartphone users worldwide to use Skype on the move, over either a WiFi or mobile data connection (GPRS, EDGE, 3G). It is now downloadable for free from the Ovi Store, Nokia’s one-stop shop for mobile content. 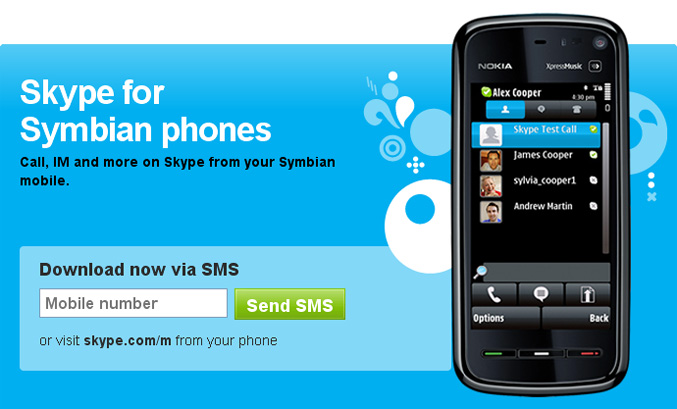 Skype for Symbian will run on any Nokia smartphone using Symbian ^1, the latest version of the Symbian platform. Skype will soon introduce this client to Symbian mobile devices from other manufacturers, including Sony Ericsson.

“Symbian enables us to bring smartphones to more and more people and ensures scale for our solutions and compelling services, such as Skype. We’re seeing around 1.5 million downloads a day on Ovi Store now and believe that the Skype client for Nokia smartphones will have wide appeal to Symbian users,” said Jo Harlow, Senior Vice President for Smartphones, Nokia.

“Skype, the king of Internet communications, running on Symbian, the world’s dominant smartphone platform, makes for an explosive combination,” said Larry Berkin, Head of Global Alliances and GM USA, Symbian Foundation. “With Symbian’s global reach, Skype is that much closer to becoming the ubiquitous real-time communications platform for hundreds of millions of Symbian-based mobile users.” 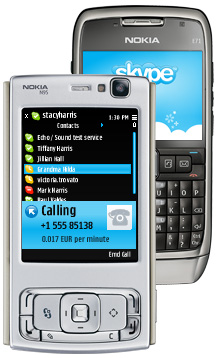 Russ Shaw, General Manager, Mobile at Skype said, “With Skype for Nokia smartphones, more than 200 million smartphone users worldwide will be able to take the Skype features they love with them on the move. Alongside Skype’s relationships with operators and handset manufacturers worldwide, making Skype available direct to consumers will help millions of users keep in contact with the people that are important to them without worrying about the cost, distance or whether they are away from a computer.”

For more information on Skype for Symbian, including the latest supported handset list, at http://www.skype.com/go/symbian.