The famous smartphone analyst Pan Jiutang, known for accurately predicting the tech specs of various upcoming smartphones, has shared his opinion on the upcoming MediaTek Helio X30 smartphone SoC. According to him, the new chip will be made on a very advanced 10 nm tech process and will have 10 processing cores.

Just like in the older Helio X20 and Helio X25 processors, four of the integrated Cortex-A35 cores will run only for solving simple tasks, while demanding tasks will be tackled by the still upcoming Artemis cores. The clock speeds are as follows: the four ARM Cortex-A35 cores will run at 2.0 GHz, while four Cortex-A53 cores will operate at 2.2 GHz. Helio X30 will also have two Artemis cores that will operate at the impressive 2.8 GHz. The chip is also expected to support up to 8 GB of RAM, a dual camera setup, up to 26 MP rear cameras, LTE and include a PowerVR graphics core. According to preliminary estimates, the Helio X30gets 160 000 points in AnTuTu, which makes it faster than the Snapdragon 820 processor, which gets 130 000 points.

The new Helio X30 chip will be put to good use next year. It is expected that the new SoC will power future high-end smartphones only.

The Japanese company NEC has prepared a new monitor in its eternal quest for market share and revenue. The novelty carries the EA223WM product number and boasts a 22-inch screen. The NEC EA223WM also belongs to the company’s MultiSync series and arrives with a 16:10 ratio, a resolution...

Microsoft has officially introduced the Arc Touch Mouse, a wireless mouse with curved, flexible design, which has touch buttons and touch scrolling and can completely flattens for easy carrying. The mouse is less than 15 millimeters thick and goes from curved to flat with one simple... 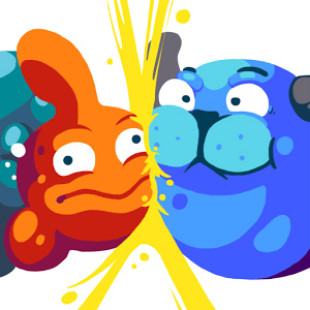 Combo Critters is an interesting arcade game that has been designed for small children. Yet it can attract even grown-ups with its simple but addictive gameplay. The app comes with a short tutorial and an even shorter story behind. In a few words you have to explore the galaxy, find planets...