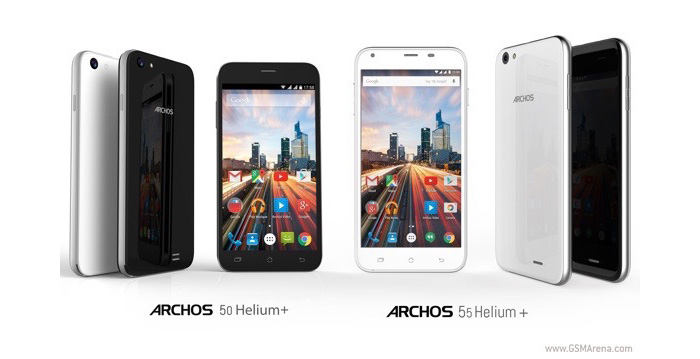 The French tech company Archos has been known for making and selling budget-oriented devices with surprisingly good tech specs. The just added 50 Helium Plus and 55 Helium Plus smartphones continue the company’s traditions and offer good hardware for little money.

The two smartphones share most of the tech specs – they come based on the MediaTek MT6735P quad-core processor with Cortex-A53 cores at 1 GHz and feature Mali-T720 graphics. The smartphones have 1 GB of RAM and 8 GB of internal memory, a microSD card slot, Wi-Fi, Bluetooth, and one rear 13 MP camera and another 5 MP front camera.

The 50 Helium Plus costs USD 110, while the 55 Helium Plus will sell for USD 140. The smartphones will be on the market in July.