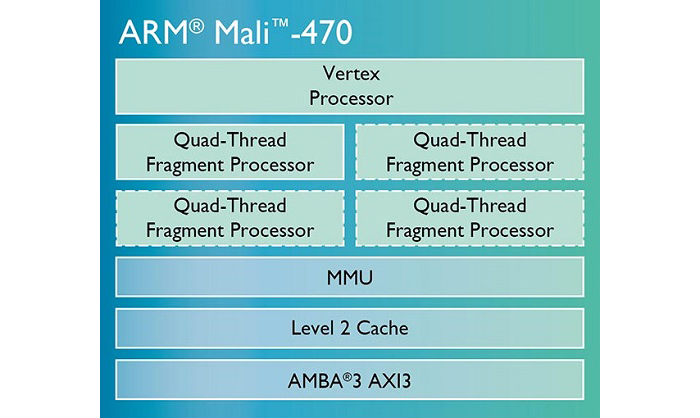 The British company ARM Holdings Plc, known for its ARM processors, has presented the new Mali-470 graphics processor. The new chip is designed for use in portable devices and for Internet-of-things purposes and will allow manufacturers to present smartphones with improved graphics capabilities where battery life is critical.

Compared to the popular Mali-400 video chip, the Mali-470 has two times lower power consumption and two times better energy efficiency. The chip comes with an unknown number of cores but ARM says a single core can power displays with resolutions of up to 640 x 480 pixels; more cores are needed when using higher resolutions. In addition to this the Mali-470 has a die that is 10 per cent smaller than the one featured in the Mali-400 chip. It supports 32-bit Cortex-A7 cores and 64-bit Cortex-A53 cores as well as OpenGL ES 2.0.