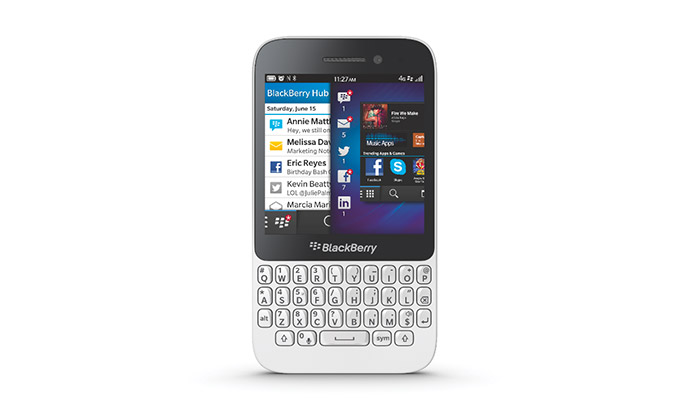 The Q5 offers a 3.1-inch sensor display at 720 x 720 pixels working resolution, a dual-core processor at 1.2 GHz, 8 GB of internal memory, a microSD card slot, a rear 5 MP camera and a front 2 MP camera and a battery that packs 2100 mAh of power. Other specs remain a mystery but the Q5 comes with Time Shift, BlackBerry Story Maker, BBM Video and other functions for sure.

The Q5 will soon hit certain countries in Eastern Europe, Asia, Africa, the Middle East and Latin America. The smartphone will be available in red, white, pink and black colors.