Research In Motion (RIM) today announced the new BlackBerry® Pearl™ 3G, the smallest BlackBerry® smartphone yet. Despite its impressively compact and elegant design, this stylish new handset is a powerful 3G BlackBerry smartphone with uncompromising performance and top–of-the-line features, including all the industry-leading BlackBerry® email, messaging and social networking capabilities that so many people love.

“The BlackBerry Pearl 3G is unlike any other smartphone in the world and we expect a broad range of new and existing customers will be drawn to its powerful features and compact design,” said Mike Lazaridis, President and Co-CEO, Research In Motion. “Considering the fast growing consumer interest in smartphones and the fact that more than three-quarters of the people in the global mobile phone market are still buying handsets with a traditional alphanumeric keypad, we think the new BlackBerry Pearl 3G addresses a substantial market opportunity. It allows consumers to upgrade their traditional mobile phone to a full-featured, easy-to-use and fashionable 3G BlackBerry smartphone that supports BlackBerry Messenger and many other apps while maintaining a handset design and layout that is familiar and comfortable.” 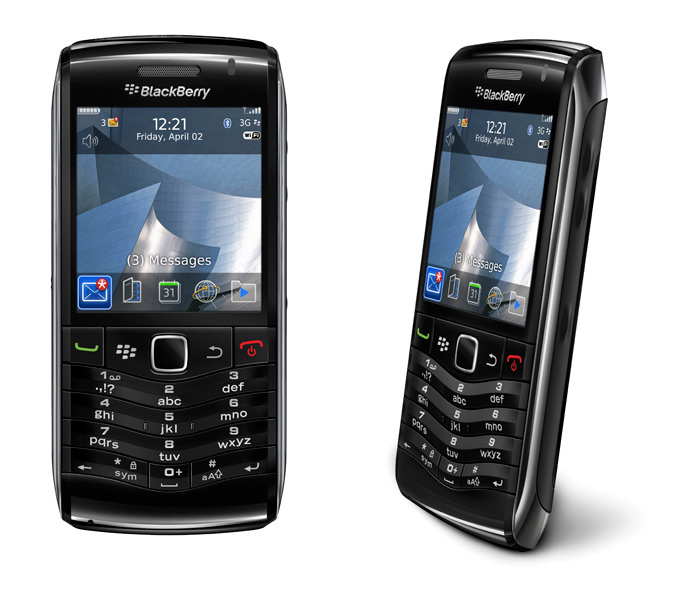 The new BlackBerry Pearl 3G smartphone is a marvel of engineering and design excellence. It’s as powerful as it is compact. Measuring less than two inches wide (50 mm) and weighing only 3.3 ounces (93g), it still manages to pack in support for high-speed 3G (UMTS/HSDPA) networks, Wi-Fi® (b/g/n) and GPS along with a powerhouse processor that drives visually stunning images on the sharp, high-resolution display. It also features an optical trackpad for smooth navigation, dedicated volume and media keys for added convenience, a 3.2 MP camera with flash for quality pictures on the go, and support for up to 32 GB of personal content.

Key features of the new BlackBerry Pearl 3G smartphone include: 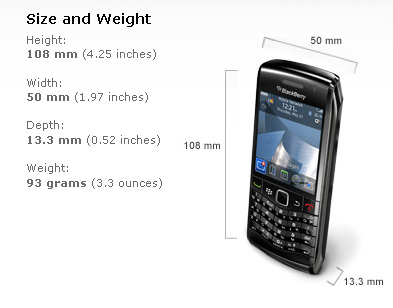 The new BlackBerry Pearl 3G smartphone will be available in two models and several lustrous colors. The 9100 model features a 20-key condensed QWERTY keyboard and the 9105 model features a 14-key traditional phone keyboard. Both models include SureType® software that can complete words as the user types, making texting fast and accurate. The BlackBerry Pearl 3G smartphone is expected to launch with various carriers beginning in May. Check with individual carriers for details about availability and pricing.