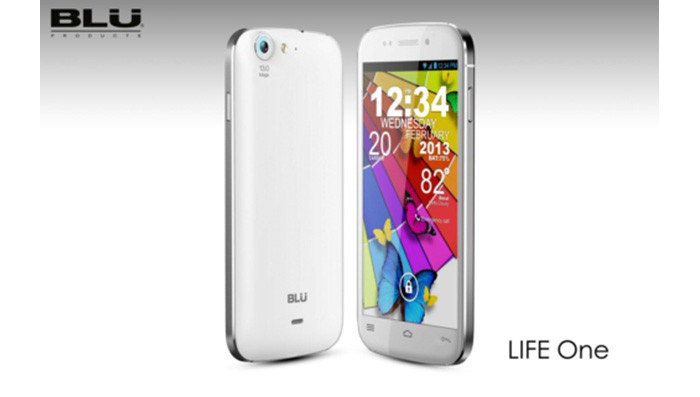 US smartphone maker BLU Products has announced the new LIFE series of smartphones, which consists of three models. The latest company products boast support for two SIM cards, a number of hardware improvements and perhaps most importantly affordable prices.

The BLU LIFE Play is the budget-oriented smartphone of all three – it comes with a 4.7-inch display at HD resolution and pixel density of 312 ppi, as well as an 8 MP rear camera and a 2 MP front camera. The smartphone has 4 GB of internal storage and an 1800 mAh battery.

The LIFE One sits in the middle with its 5-inch display at 720p resolution and 293 ppi. The smartphone comes with 16 GB of internal storage and has a 13 MP rear camera complemented by a 5 MP camera up front. The battery capacity of this one is 2000 mAh.

Finally the LIFE View is the most advanced of all three – it has a 5.7-inch IPS display at HD resolution (257 ppi) and sports a rear 12 MP camera, a front 5 MP camera, 16 GB of internal memory, expandable via the integrated microSD card slot and a 2600 mAh battery.

Now to the pricing – as promised BLU does not charge an arm and a leg for the three – you can have the LIFE View and LIFE One unlocked for USD 299, while the SIM-free LIFE Play will cost you USD 229. The smartphones will appear on the US market next month but worldwide availability has not been confirmed as of now.

Seagate has been working on a new and updated version of its GoFlex Slim external hard drive that will pack 500 GB of data, instead of the current 320 GB. The hard drive is just 9 mm thick but the new higher capacity platters will still fit inside the same dimensions thanks to an...

Dell refreshed its Design Studio laptops with 11 new designs,  each uniquely crafted by individual members of the Threadless community. The new images are directly  imprinted into the laptop lid and offers include - Stone Jungle by André da Silva Cruz, Daisy by Bryan Ische  and Grandma’s Hot Air...