Chinese iPhone 6 Plus customers can now enlarge their pockets 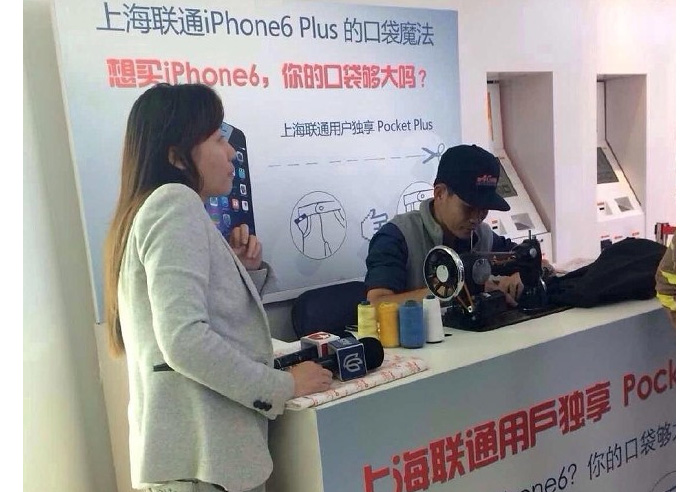 The iPhone 6 and iPhone 6 Plus have definitely become the best selling smartphones of summer/fall 2014. The devices have attracted the attention of millions of people around the world so not surprisingly they sold (and are still selling) like hotcakes. Unfortunately for many people the large screen of the iPhone 6 Plus has proved to be a problem…

Well, this is not the case anymore, at least in China. The Chinese mobile phone carrier China Unicom that sells the iPhone 6 Plus has offered a pocket enlargement service for customers who have bought the iPhone 6 Plus. Thus, given you (or your pants more precisely) undergo the procedure, your pockets will be large enough to comfortably accommodate the iPhone 6 Plus, not to mention the risk of bending your device will become much lower. To make things as simple and as fast as possible China Unicom has hired a team of tailors that service customers right inside China Unicom stores.

It appears that the example of this Chinese carrier has circumnavigated the globe – the Dutch carrier KPN has been said to offer the same service in the Netherlands.