Closer look at the Nokia Lumia 820

After unveiling the Lumia 920 at a press event Nokia has also detailed the second Windows Phone 8 member – the Lumia 820 smartphone.

As with the Lumia 920, the Lumia 820 is here to take over existing Lumia 800 devices with the Lumia 820 being the mid-level of the range. Despite its more humble origin the device is surprisingly powerful – it houses the same dual-core Snapdragon S4 processor at 1.5 GHz, found in the Lumia 920 and the same amount of RAM – 1 GB, although storage space has been limited to 8 GB. The camera is also nice – the Lumia 820 boasts a Carl Zeiss-lensed 8 MP camera with 1080p video recording and a dual-LED flash – so it’s far from being basic. 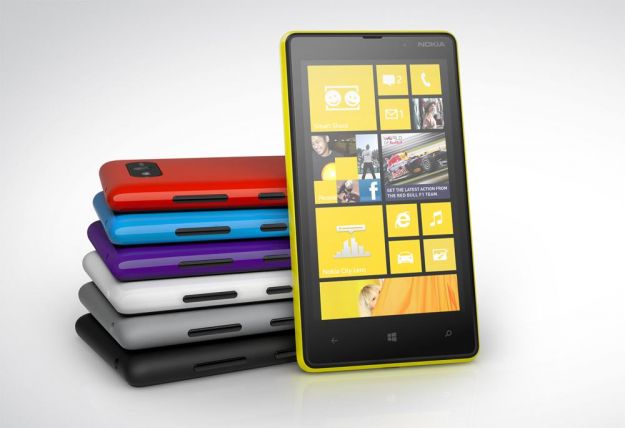 Another difference is the screen – it is smaller at 4.3 inches and has a more standard 480 x 800 pixel resolution, but it still incorporates the Super Sensitive touch technology — that allows the screen to still function even when you’re wearing gloves — and the Sunlight Readability mode for increased brightness when out and about.

Other features include a microSD card slot, a VGA front-mounted camera, Wi-Fi Direct, Bluetooth 3.1, NFC and like the Lumia 920, connectivity for LTE and HSPA+ networks. It’s also compatible with Nokia Music, newly launched in the USA this week, plus Nokia’s City Lens app, which combines augmented reality services such as reviews and local information, with navigation.

Finally the Lumia 820 offers switchable rear covers which means you’ll get color choices plus wireless charging for the 1650 mAh battery.

Just like its companion – the Lumia 920 – the Nokia Lumia 820 will debut once Windows Phone 8 becomes available, which means sometime this year but not now.