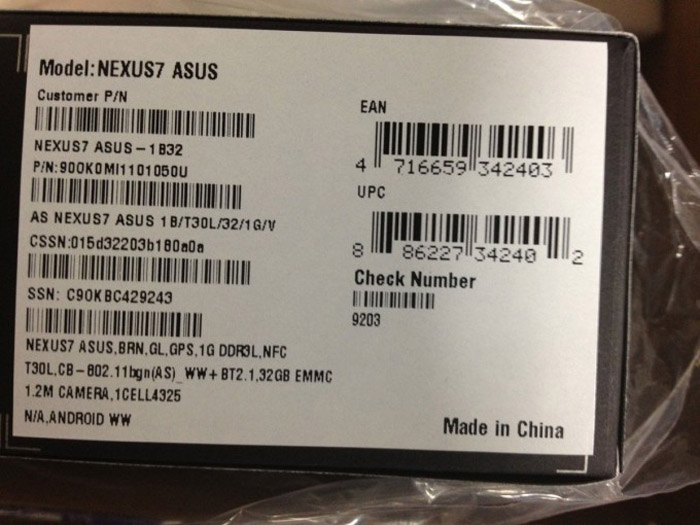 Rumors of an upcoming 32 GB Google Nexus 7 have been circulating around for quite some time but now for the first time ever they seem to have been confirmed by a single photo taken by a person who has already purchased the mysterious 32 GB device.

Analysts expect Google to unveil the Nexus 7 with 32 GB of storage on October 29, which is next week.