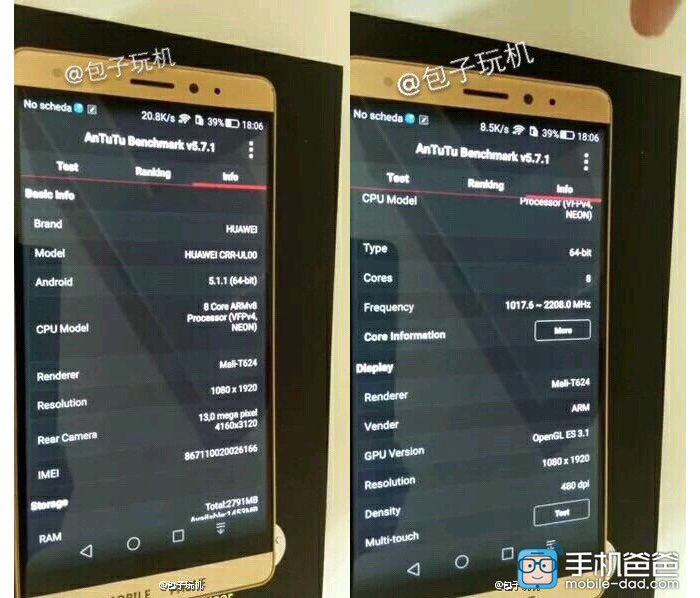 The first unofficial pictures of the upcoming Huawei Mate 7 Mini have reached the Internet and they show a thin and stylish chassis that houses powerful hardware.

The forthcoming smartphone is housed in a sturdy and light chassis that is made from aviation-grade aluminum and there are very thin bezels around the display. The smartphone is codenamed CRR-UL00 and is based on the powerful 64-bit 8-core HiSilicon Kirin 935 processor. The chip has two clusters that house four cores each. The first cluster has four Cortex-A53 cores at 2.2 GHz, while the second one has four cores at 1 GHz. The chip also has Mali-T628 MP4 graphics.

The Huawei Mate 7 Mini also has a 4.7-inch sensor display that works at Full HD resolution (480 ppi), 3 GB of RAM, 32 GB of internal memory, a microSD card slot for expansion (up to 64 GB), a rear camera with 13 MP under the hood and a Sony IMX278 sensor, a front camera, Bluetooth and Wi-Fi, a fingerprint reader, a GPS receiver and an exchangeable lithium-ion battery with an unknown capacity.

The Mate 7 Mini smartphone will run Android 5.1.1 Lollipop under the Huawei Emotion user interface. No word on pricing as of now.