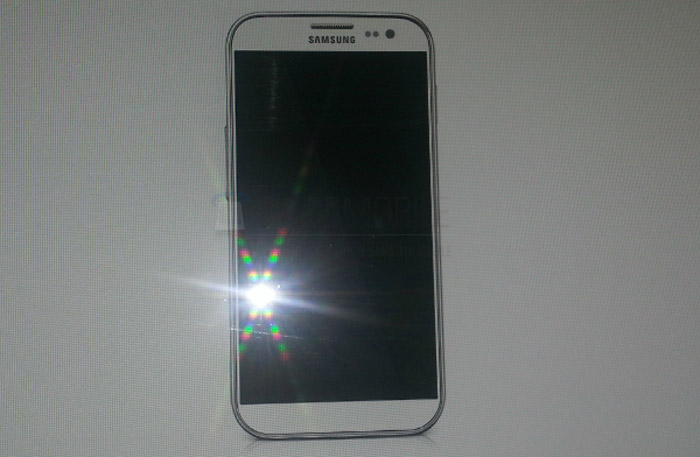 The Internet has seen what seems to be the first leaked picture of the upcoming Samsung Galaxy S4 smartphone. The picture is of course unofficial and somewhat blurry but if true may give us all the first hint of what is to come in April this year.

The Samsung Galaxy S4 is expected to feature a quad-core Exynos 5450 processor at 2 GHz and Mali-T658 graphics with the new Midgard architecture, which is supposed to be 10 times faster than the current Mali-400 graphics. The smartphone will also include 2 GB of RAM, a 4.99-inch Super AMOLED display with Full HD resolution, rear 13 MP camera and front 2 MP camera. The device will run the latest Android version, which currently is Android 4.2.1 Jelly Bean. Finally the smartphone will have the S Pen stylus, currently found in the Samsung Galaxy Note family of products.

The Samsung Galaxy S4 smartphone is expected in April 2013.