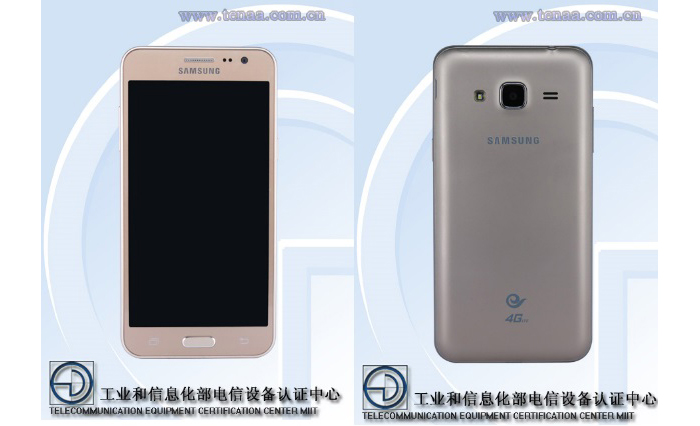 The fact that Samsung plans to release a new smartphone under the brand name Galaxy J3 is nothing new – we reported on the device about a month ago, when the smartphone came under the lights for the first time thanks to the popular GFXBench testing software. The J3, however, is now closer to launch than ever – the handset has just underwent FCC certification and now it can be seen in TENAA’s database – this is the same agency that certifies communication devices in China.

The good news here is that we now know almost all of the tech specs of the upcoming Galaxy J3 smartphone. According to the information published by TENAA, the smartphone resembles Samsung’s mid-range smartphones, including the ones from the Galaxy J line. The handset has a 5-inch Super AMOLED display that works at 1280 x 720 pixels and an unnamed quad-core processor (likely Snapdragon 410) at 1.2 GHz. Then the device offers 1 GB of RAM and 8 GB of internal memory that can be expanded. The Galaxy J3 has two cameras as well like most other smartphones – an 8 MP unit is situated in the back, while a 5 MP camera sits up front and satisfies all your selfie needs. Unfortunately, there’s no information about the battery installed in the J3, which measures 142.2 x 71.6 x 7.9 mm.

The Galaxy J3 runs Android 5.1.1 Lollipop, which is an important feature as well. No word on pricing as of now, but this should not be a problem – the J3 will be out in the next few weeks and this is when we will know how much it costs.