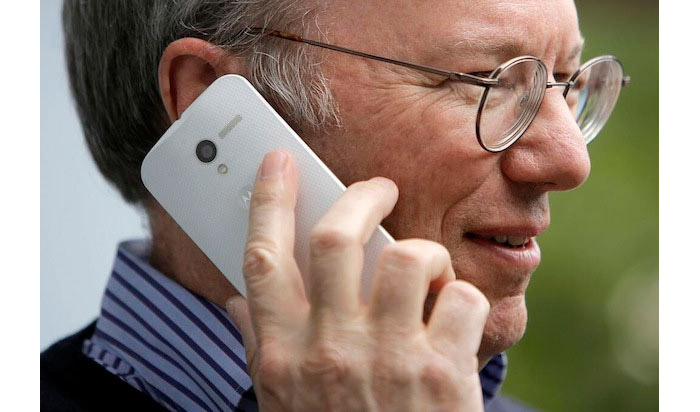 The CEO of Google – Eric Schmidt – has been seen using a new unknown device but tech savvy users have been quick to point out that the device in question is the rumored Motorola Moto X smartphone.

Schmidt was seen using the device at the Allen & Company Conference 2013. When asked Mr. Schmidt declined to comment on the device or share some more details about it but the preliminary photos of the Motorola Moto X smartphone are just like the device in question – so here it is.

The new smartphone is expected on August 28. In the USA Verizon will sell the device.