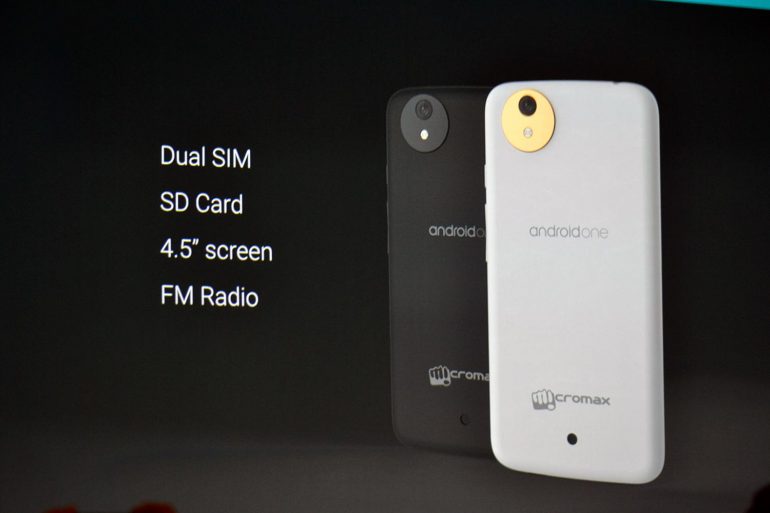 The famous tech giant Google has kicked off its newest initiative that aims to provide people in developing countries with cheap smartphones. The initiative is called Android One and now sees its first representatives.

At a special press conference in Mumbai, India, Google has unveiled the first three smartphones that belong to the Android One initiative – the Micromax Canvas A1, Spice Dream Uno and Karbonn Sparkle V. All models will sell for around USD 105 (at least in India). Hardware-wise they have similar tech specs. Thus the Spice Dream Uno (Mi-498) includes a MediaTek MT6582 quad-core chip, Mali-400 MP graphics, 1 GB of RAM, 4 GB of internal storage, a microSD card slot, support for two SIM cards, one rear 5 MP camera and one 2 MP front camera. In addition to all this hardware the Spice Dream Uno has a 4.5-inch display that works at 854 x 480 pixels and a 1700 mAh battery that provides 160 hours in stand-by mode and 16 hours of talk time. The device runs Android 4.4 KitKat.

In India the new smartphones are available now online, while retail sales will commence in early October. More markets in Asia will see the three Android One smartphones by the end of the year; the devices will go around the world sometime in 2015.