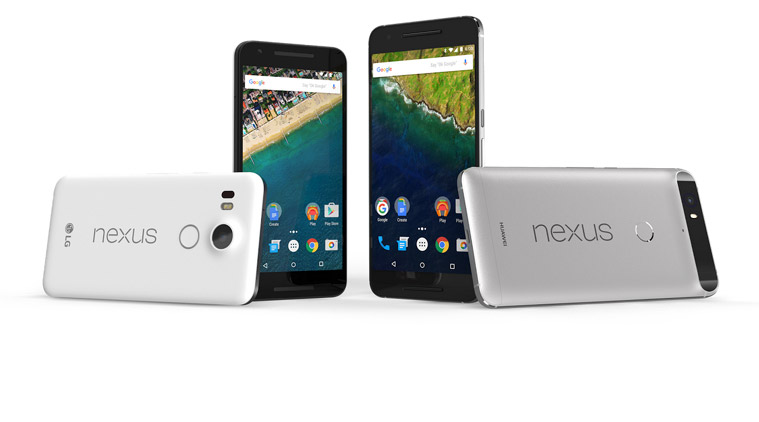 Along with the powerful Pixel C tablet, Google has also presented two new Nexus smartphones that are called Nexus 5X and Nexus 6P. Both devices run the latest Android 6.0 Marshmallow.

The new Nexus 5X has been created in partnership with LG and is the direct heir of the Nexus 5 smartphone. It comes with a 5.2-inch sensor display that works at Full HD resolution and sports Gorilla Glass 3 technology, a six-core Snapdragon 808 processor with Adreno 418 graphics, 2 GB of RAM and two cameras. The first one sports a 12.3 MP sensor with dual LED flash and autofocus and sits in the back, while the second camera is a 5 MP front shooter. The device also has 802.11ac Wi-Fi, NFC, Bluetooth 4.2, a GPS receiver, a 2300 mAh battery, a fingerprint reader and 16 GB/32 GB of internal memory. Sadly, there isn’t a microSD card slot for expansion. The Nexus 5X measures 147 x 72.6 x 7.9 mm and weighs 136. The device has a plastic chassis only and comes in black, white and green mint colors.

Unlike the Nexus 5X, the new Nexus 6P comes with a metallic chassis. Google has created this smartphone to retire last year’s Nexus 6 device and that’s why it comes with improved specs – the Nexus 6P has a Snapdragon 810 processor, 3 GB of RAM, a large 5.7-inch sensor Super AMOLED display at 2560 x 1440 pixels, a USB Type-C port, a 12.3 MP rear camera and an 8 MP front one, 32/64/128 GB of internal memory and a 3450 mAh battery with support for quick recharging. The internal memory cannot be expanded, however.