Homtom gets a rugged smartphone ready for the masses 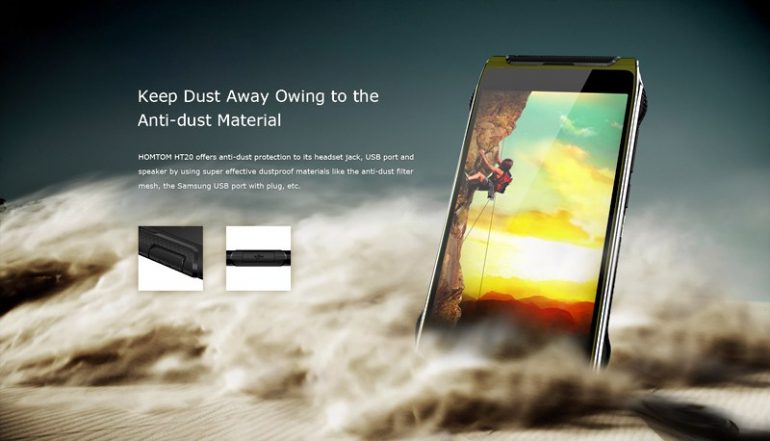 Homtom is one Chinese smartphone maker that, quite honestly, has not made big headlines until now. The company, however, currently works on a new smarphone called HT20 that can really make the brand a popular name.

The thing is that the upcoming Homtom HT20 smartphone will be the company’s first rugged IP68-certified handset. It will be protected against water, shock, dust and other such things but it will do that in a really elegant way. First, the Homtom HT20 will be a crossover between a business smartphone and a rugged smartphone. So it will offer nice specs with a rugged chassis. Second, the device will be rugged in an unusual way – the device will be made with the help of vacuum technology, which makes the device hermetically sealed but also makes the chassis compact and sturdy, while boosting the dust and water resistances.

Unfortunately nothing is known of the tech specs with the exception that Homtom HT20 will come with a 13 MP rear camera. The new smartphone is expected in the coming weeks so we will have more information then.