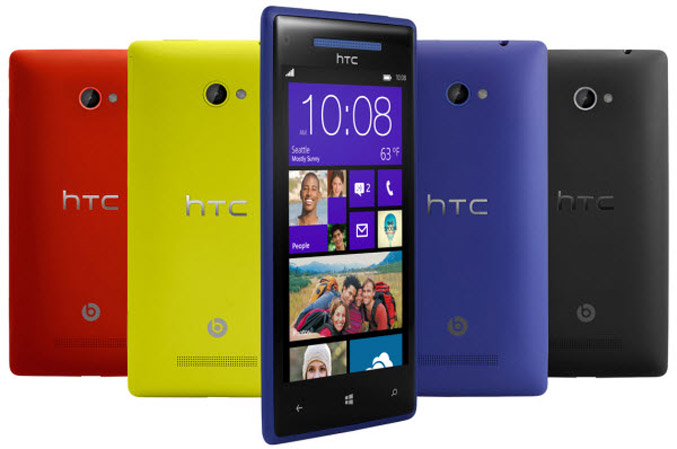 The Windows Phone 8X is based on a dual-core 1.5 GHz processor and has 1 GB of RAM, a 4.3-inch Super LCD 2 display at 1280 x 720 pixel resolution and an 8 MP rear camera. The rest of the specs includes a 2.1 MP front-facing camera, 16 GB of storage and four colors to choose from: California Blue, Graphite Black, Flame Red and Limelight Yellow.

The HTC Windows Phone 8X will be available either in late October or in early November but pricing is unknown.

The other smartphone – the HTC Windows Phone 8S – sports a 1 GHz dual-core processor, 512 MB of RAM, 4 GB of on-board storage, Beats Audio integration and a 5 MP rear camera as well as Wi-Fi and microSD card slot for expanded storage. As to the display the Windows Phone 8S comes with a 4-inch Super LCD display with WVGA resolution.