HTC creates the One M9e smartphone 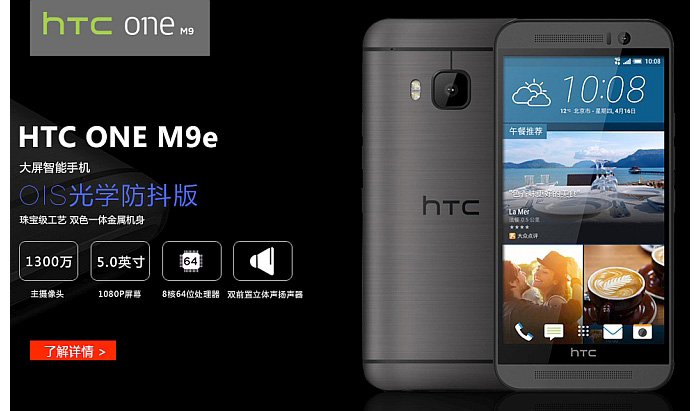 HTC has come up with a new smartphone that is currently known as One M9e. The interesting thing about this one is that it combines hardware from several other HTC smartphones that came out a while ago.

The new HTC One M9e comes with a metallic chassis and a 5-inch display at Full HD resolution that is powered by a 2840 mAh battery – all this hardware is taken from the One M9 smartphone. Then the specs continue with 2 GB of RAM and 16 GB of internal memory that are likely taken from the One A9 smartphone; you can expand the internal memory via a microSD card. The smartphone is powered by a MediaTek Helio X10 (MT6795T) processor at 2.2 GHz, taken from the One M9+ smartphone, and finally from the HTC One A9 we have a 13 MP rear camera with optical stabilization and an aperture of F/2.2. The front camera supports UltraPixel technology, Full HD video recording and has an aperture of F/2.0.

Microsoft to launch DirectX 12 this month