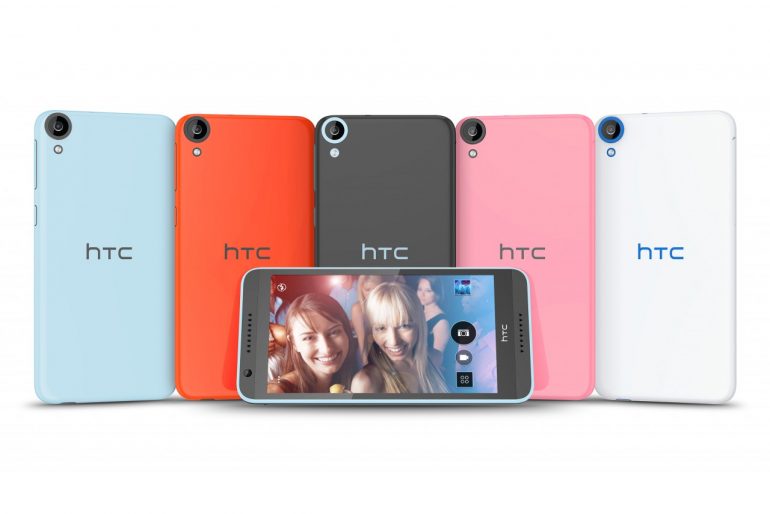 New smartphones appear almost on a daily basis and while this may seem like an ordinary thing, there’s a quiet revolution going on – a switch to 64-bit Android computing. The latest HTC Desire 820 smartphone simply confirms this trend.

Now if we have to be completely precise the just announced HTC Desire 820 is not the first 64-bit HTC smartphone – a feat, which the Desire 510 accomplished last month – but it is another step towards the 64-bit future. In fact the Desire 820 is the world’s first 64-bit smartphone with an 8-core processor, a feat on its own! The device is based on a Qualcomm Snapdragon 615 processor that combines four ARM Cortex-A53 cores at 1.8 GHz with four ARM Cortex-A57 cores at 1.0 GHz; an Adreno 405 GPU completes the picture. The new smartphone also comes with an impressive display at 5.5 inches but the resolution leaves something to be desired – the display operates at a 1280 x 720 pixels. Despite this the Desire 820 does deliver in other categories – the device has 2 GB of RAM, 16 GB of internal memory, a 13 MP rear camera, an 8 MP front camera, BoomSound speakers and a 2600 mAh battery. The smartphone supports LTE and there will also be a modification that is capable of working with two SIM cards.

The Desire 802 runs Android 4.4.4 but HTC will soon update the smartphone OS to Android L that will have complete support for 64-bit computing. The first HTC Desire 820 smartphones will appear on the market by the end of September but the price of the device still has to be revealed.