HTC has released a number of Android-running smartphones but now the Taiwanese company is working on a new device, this time running Windows Phone 8.

Very little is known about the smartphone except that it will be called HTC 8X. According to a rough leaked draft the 8X will feature a 4.3-inch Super LCD 2 touchscreen display, an 8 MP camera, a microSD card slot, 1 GB of RAM, NFC support, volume control buttons and some kind of a notification LED. 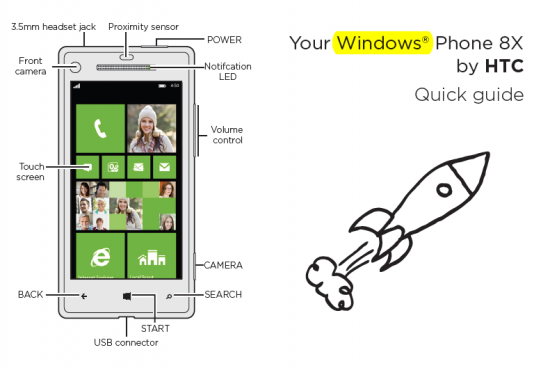 The device, which some think is the HTC Accord, should be unveiled by the end of 2012.