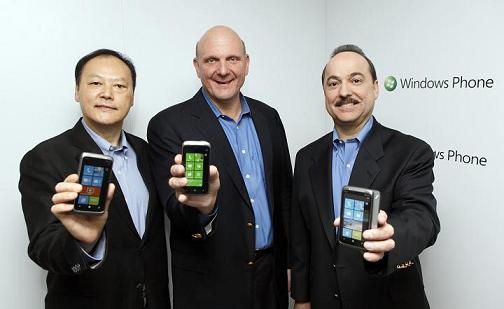 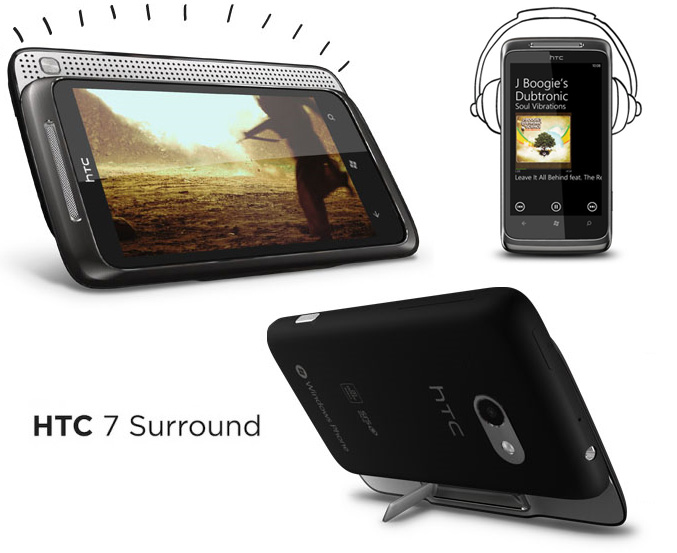 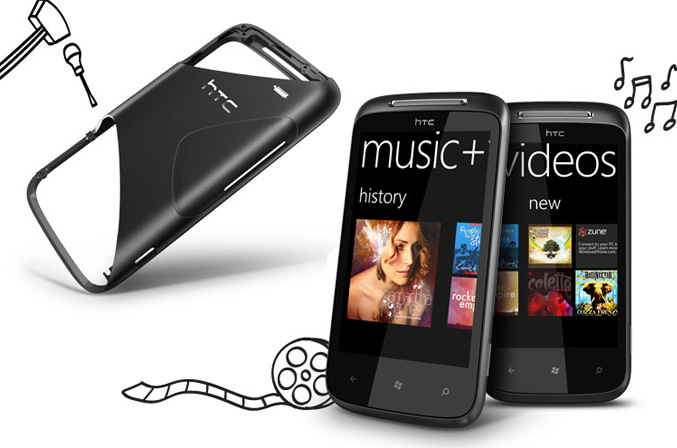 The game and entertainment focused phone in the line is called HTC 7 Trophy. It has a 3.8-inch WVGA display, Snapdragon processor and a 5-megapixel autofocus camera with LED flash and weights 140 grams. Of course high-fidelity, virtual surround sound SRS WOW HD is also here to help when you are playing a game, watching a video or listening to your favorite music. What about the specifications, well copy paste from his siblings. 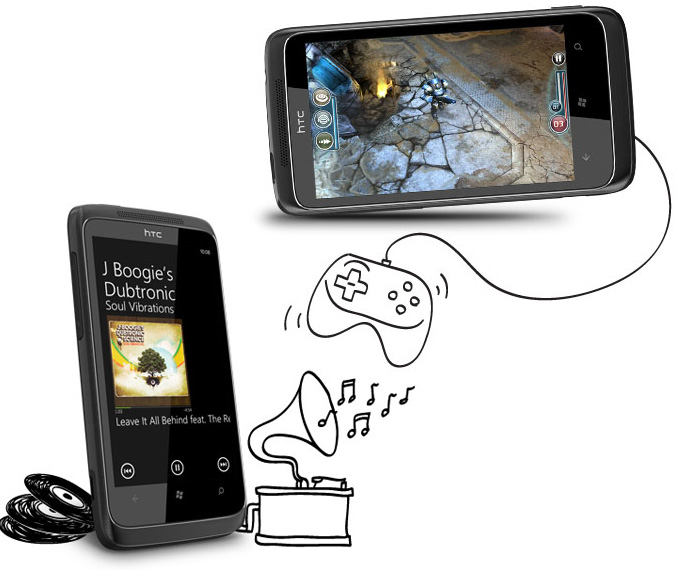 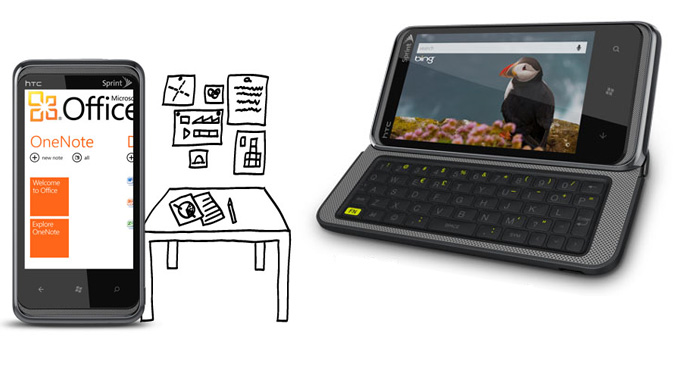 An finally is the HTC HD7, which  has the biggest screen size of all phones – 4.3-inch capacitive touchscreen display with 800 x 480 resolution. Under the hood there’s 1GHz Qualcomm processor 576MB of RAM,16 GB of internal memory, 5 megapixel camera with dual led flash and 720p HD video recording, Wi-Fi 802.11 b/g/n and all other features like his brothers, plus a kickstand to allows you to sit back and enjoy the action movie handsfree. 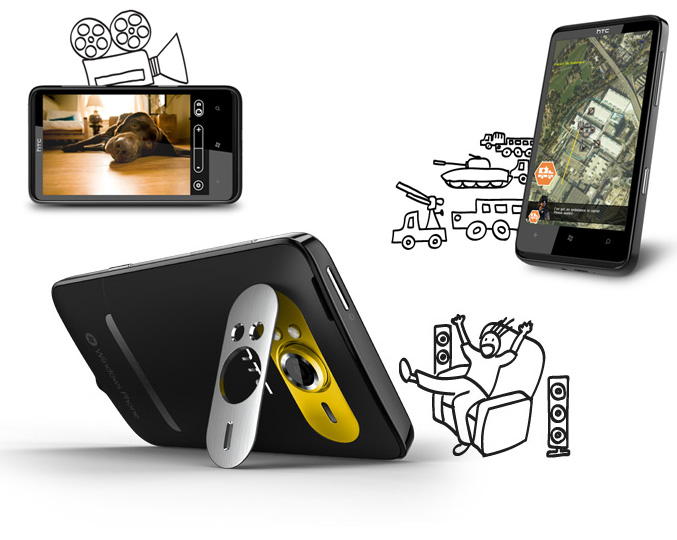 The five new HTC smartphones will be available through mobile operators and retailers across major European, Asia-Pacific and North American markets from late October.