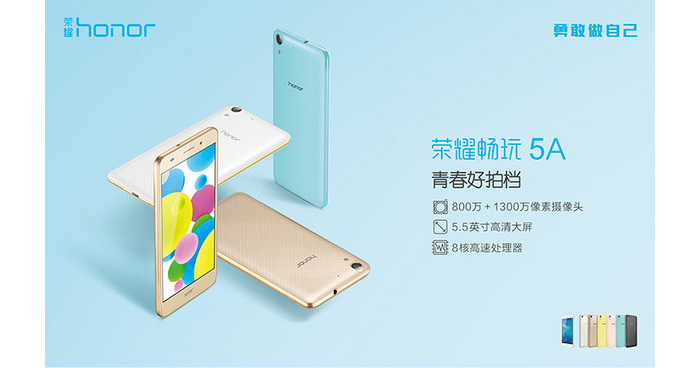 Huawei has surprised the competition once again by releasing a smartphone that comes with hardware more suited for mid-range devices rather than budget ones. Yet, the new smartphone, called Honor 5A comes with a low price of just USD 106.

For this much money you get a Snapdragon 617 processor that is used mostly in mid-range handsets. The chip ticks at 1.5 GHz and in addition to this the Honor 5A has a plastic chassis with some metal elements inside, a large 5.5-inch display that works at 1280 x 720 pixels, 2 GB of RAM and 16 GB of internal memory. The smartphone also has a rear 13 MP camera and an 8 MP front one plus a 3100 mAh battery. Not bad for just USD 106, don’t you think, although here we have to say that a version with a Kirin 620 processor is also planned.