Huawei is back with two new smartphones

Both smartphones feature a 4.3-inch Super AMOLED display that works at 540 x 960 pixels and covered with Corning’s Gorilla Glass. A dual-core ARM Cortex-A9 processor running at 1.5 GHz powers the devices and the PowerVR SGX540 chip provides graphics. In addition you get 1 GB of RAM, 4 GB of storage space, a microSD card slot, an 8 MP rear camera as well as HSDPA/HSUPA, Wi-Fi 802.11b/g/n and Bluetooth 3.0+HS. 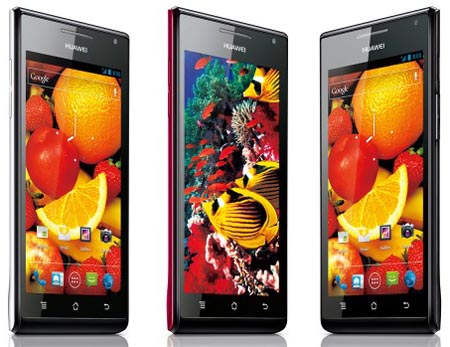 The smartphones will be on the market at the end of this month but pricing is unknown.