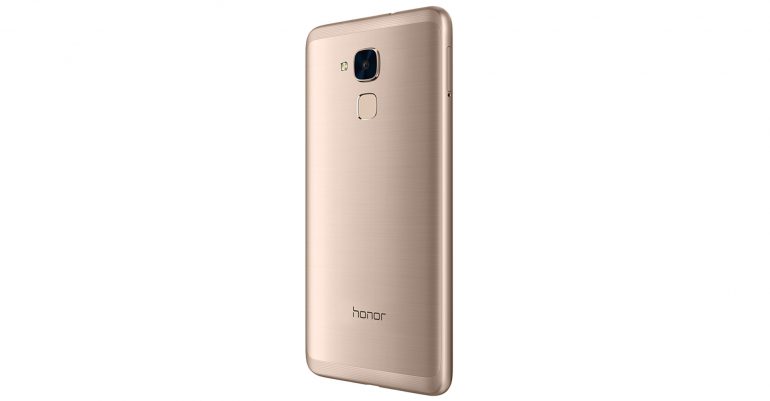 The Chinese smartphone maker Huawei has announced a new smartphone under the Honor 5C brand name. The device is a mid-range communicator but comes in a metallic chassis, which is a nice fact.

The Honor 5C comes equipped with a 5.2-inch display that works at Full HD resolution (1920 x 1080 pixels) and a Kirin 650 processor, which packs four Cortex-A53 cores that run at 2 GHz and another four cores that operate at 1.7 GHz. The chip also includes a Mali-T830 MP2 GPU. Huawei says that the Kirin 650 is 60 per cent and 100 per cent faster in CPU/GPU calculations than the older Kirin 620 processor.

The rest of the specs of the Honor 5C include 2 GB of RAM, 16 GB of internal memory that can be expanded with a microSD memory card, two cameras (one rear at 16 MP and another front at 8 MP), a fingerprint reader, a 3000 mAh battery and Android 6.0 Marshmallow that runs under Huawei’s EMIU 4.1 user’s interface.

The Huawei Honor 5C is now available in two versions – the base one sells for USD 138, while the second one, which also includes support for LTE, costs USD 154.