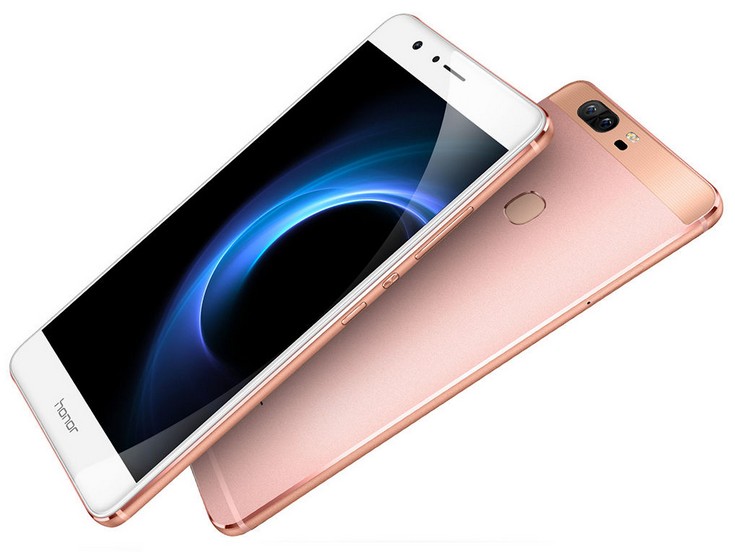 The Chinese smartphone maker Huawei has announced the rumored Honor V8 smartphone. The device was recently spotted on TENAA’s web site where it awaited authorization. Given that there’s an official announcement we can conclude that the certification process has gone well.

The new Honor V8 is a mid-range handset that includes a 5.7-inch display that works at 2560 x 1440 pixels. Inside the device gets powered by a Kirin 950 SoC and has 4 GB of LPDDR4 memory as well as 32 GB or 64 GB of internal memory, depending on the version. A 3500 mAh battery with support for Quick Charge powers the hardware. But this is not everything – the Honor V8 also has a fingerprint sensor and two rear 12 MP cameras as well as an 8 MP front camera. The device measures 157 x 77.6 x 7.75 mm and weighs 170 grams. Android 6.0 Marshmallow is used as an operating system under the installed EMUI 4.1 user’s interface. There’s a cheaper version of the same device too – it comes with the same 5.7-inch display at Full HD resolution and 32 GB of internal memory. The rest of the specs remain the same

The Huawei Honor V8 smartphone is available in several colors – gold, silver, white and pink. The cheaper Full HD version sells now for USD 349 but the price of the other V8 model is unknown.