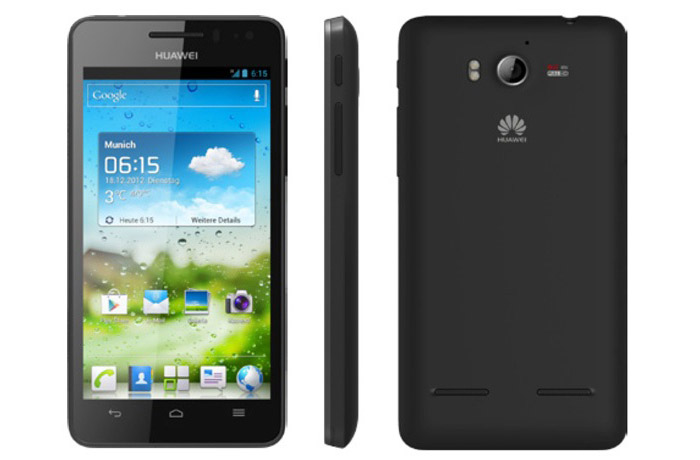 German customers will be the first in the world to be treated with the latest Huawei smartphone – a model that goes by the name of Ascend G615.

The Ascend G615 comes with a 4.5-inch IPS display that works at 1280 x 720 pixels (330 ppi of density) and is based on a quad-core K3V2 chip at 1.4 GHz. The specs list also includes 1 GB of RAM, 8 GB of internal storage, a microSD card slot for storage expansion as well as a front 1.3 MP camera, a rear 8 MP camera that can also record 1080p video, Wi-Fi, Bluetooth, HSDPA and a 2150 mAh battery. The smartphone will run Android 4.0 Ice Cream Sandwich but in March Huawei will release an update that will take the Ascend G615 to Android 4.1 Jelly Bean.

Sales will start in February with the Ascend G615 available in black and white. As mentioned the smartphone will debut in Germany first with customers around the world getting it later. The price in Germany will be EUR 300.