Information about new Sony Xperia Pepper leaks on the Internet

Anonymous sources, close to Sony, have leaked a press shot and specs about a new Sony smartphone, which is currently known under the code name Pepper.

The Pepper smartphone will belong to the Xperia product line and according to another leaked roadmap for Sony handsets, it will arrive in April 2012 for a price close to 250 British pounds.

The leaked specs list, unfortunately, is rather short, but it’s better than nothing. According to the information that was leaked the Xperia Pepper will arrive with a 1 GHz dual-core processor, 3.7-inch FWVGA display with 480×854 pixel resolution, NFC technology, a 5 MP camera with 720p video recording and Android 4.0 Ice Cream Sandwich. 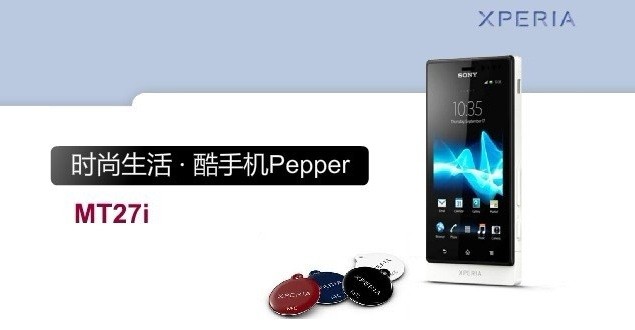 One more thing – the Xperia Pepper is likely to appear on the market wearing a new single letter name in accordance with Sony’s policy of naming its Xperia smartphones with letters. Just remember the Xperia S, Xperia, U and Xperia P.