On the stiff smartphone it seems that the future belongs to phablets since more and more such devices have appeared in the recent months. In fact Lenovo has just announced one more phablet, which has been coming for months now. The device is called Phab Plus but do not get too excited, especially if you are a Lenovo fan – the new phablet is currently available in China only and it may stay that way.

The new Phab Plus phablet will try to attract customers with a large 6.8-inch display that works at 1920 x 1080 pixels (324 ppi). Inside it has Qualcomm’s Snapdragon 615 SoC, which includes eight 64-bit cores at 1.5 GHz and Adreno 405 graphics, and the chip is also accompanied by 2 GB of RAM, 32 GB of expandable internal memory, and a 3500 mAh battery, which might have a hard time powering all this hardware and the large display.

The Phab Plus also has one 13 MP rear camera, another front camera at 5 MP, support for two SIM cards, which is nice, support for LTE, Wi-Fi and Bluetooth, a GPS receiver and microUSB connectivity. The phablet runs Android 5.0 Lollipop and hides it with the Vibe UI, which sits on top.

In China the Phab Plus sells for around USD 400. There are four colors available – Metallic Gray, Midnight Blue, Neon Pink and Elegant Silver Platinum.

Xbox360 will gets a USB memory storage support via system update over Xbox LIVE  on April 6th. This will allow you USB flash drives to be used for storing game saves, demos, movies, profiles and more. After update,  you could use USB flash drives up to 16GB , "USB Hard drives may work, but...

The famous German cooler maker be quiet! has developed a new tower-oriented CPU cooler under the trade name Shadow Rock 2. The cooler strikes with its size, efficiency and low noise output. The Shadow Rock 2 consists of a massive heat sink that comes with 51 aluminum fins... 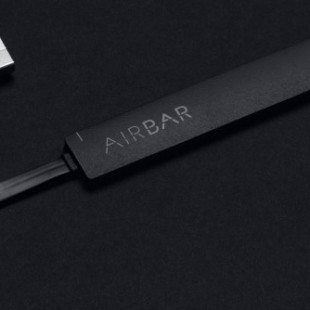 Laptops are more than common nowadays – they offer decent computing power, various hardware features and portability, which means you can take all your games and work files with you, no matter where you go. Yet most notebooks do not come with sensor displays due to cost issues – simply said most...