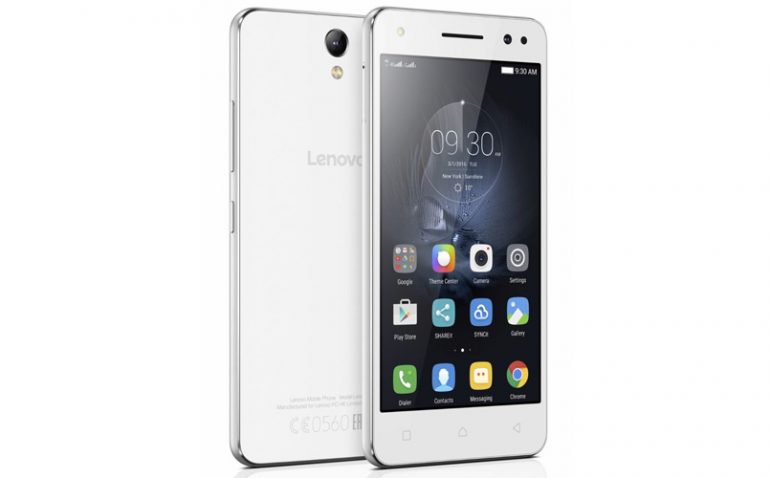 Lenovo has enriched its Vibe S1 lineup with the addition of the Vibe S1 Lite model, which as the name suggests is a cut-down and cheaper version of the high-end Vibe S1 smartphone. The device comes ahead of CES 2016, which is a bit surprising but our best guess is that Lenovo does not want to have its new smartphone overshadowed by other similar devices.

The new Vibe S1 Lite smartphone features a 5-inch display at Full HD resolution (1920 x 1080 pixels) and packs a 1.3 GHz MediaTek processor with eight cores inside, Mali-T720 GPU and 2 GB of RAM. As a comparison the Vibe S1 came with a 64-bit 8-core MediaTek MT6752 processor at 1.7 GHz and 3 GB of RAM. The new Vibe S1 Lite also supports two SIM cards and has 16 GB of internal memory that can be expanded via an integrated microSD card slot (up to 128 GB). The device has a 13 MP rear camera with dual-tone LED flash, phase detection autofocus (PDAF) and BSI sensor. Unlike the Vibe S1, the Vibe S1 Lite comes with a single front camera but the unit has 8 MP of sensitivity and a LED flash.

The new Lenovo smartphone measures 145 x 71 x 8.5 mm and weighs 129 grams. The handset has support for Wi-Fi and Bluetooth as well as 4G, 3G and GPS/A-GPS technologies. Finally there’s Android 5.1 Lollipop and a 2700 mAh battery. The Vibe S1 Lite will be available in two colors – Matte Blue and Matte White – when it gets released in early 2016. The expected price of the new handset is around USD 199.