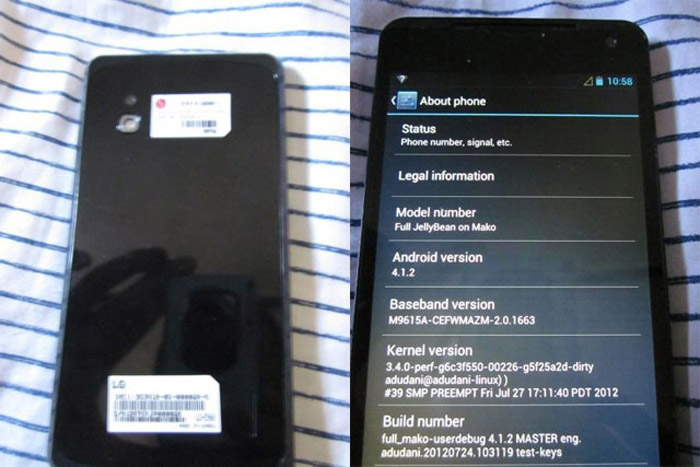 LG has been planning to release a new Nexus smartphone but until this moment very little has been known about the device. The good news is that the specs of the upcoming LG Nexus have been leaked on the Internet giving us a glimpse as to what to expect.

According to the unofficial specs list the LG Nexus will resemble the LG Optimus G smartphone on the outside but this is where similarities end. The new device will run Android 4.2 Key Lime Pie right out of the box and will also feature a True-HD IPS display working at 1280 x 768 pixels, a quad-core Snapdragon S4 processor, 2 GB of RAM, 8 GB or 16 GB of storage, a rear 8 MP camera, soft keyboard keys, wireless charging and a battery that cannot be exchanged.

A downside to the new smartphone is that it won’t feature a microSD card slot for storage expansion.

The LG Nexus is expected to arrive in mid-November but pricing is unknown.