There’s a clear trend in the smartphone world just like in the computer realm – more is always better and LG knows this well enough to release the LG Optimus LTE II smartphone, which, if you ask the Korean company, is the “world’s first smartphone offering 2 GB RAM for optimal LTE connectivity, speed and stability”.

The memory size seems to be the main selling point of this smartphone, which was first announced on May 4 this year in an attempt to steal some attention from the Samsung Galaxy S3. Other specs include a 1.5 GHz dual-core Qualcomm MSM8960 processor, a 4.7-inch True HD IPS display at 1280 x 720 resolution, 16 GB of internal storage, microSD card slot for cards with capacities of up to 32 GB, 8 MP rear camera, 1.3 MP front camera, 2150 mAh battery, wireless charging, Wi-Fi a/b/g/n, Bluetooth 4.0, MHL, NFC, USB 2.0, DNLA and finally Android 4.0 Ice Cream Sandwich. 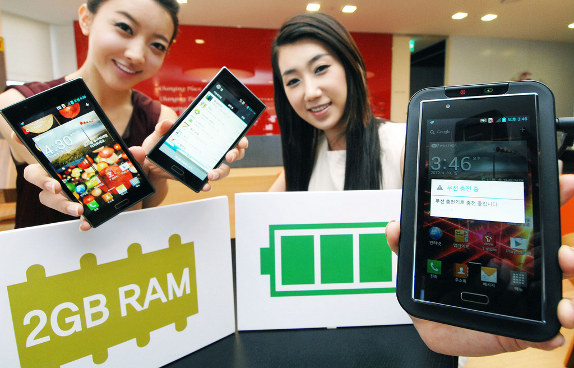 The smartphone can be purchased in South Korea now with international availability expected later on.