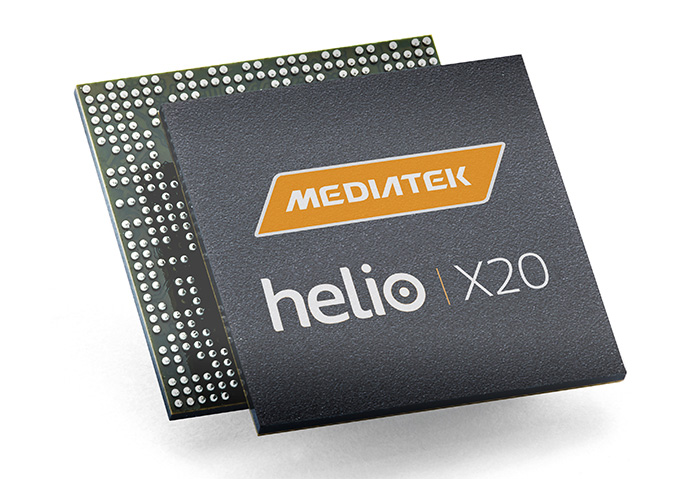 MediaTek now has several Helio processors for smartphones with the Helio X20 being the first company smartphone processor to feature 10 cores inside. Despite all its power the Helio 20 was just recently overshadowed by a new version of the same SoC called Helio X25 that runs at higher clock speeds than before. Since there’s the Helio X25 now why not update the Helio X20 then?

This is exactly what MediaTek will do. In fact the company is already working on a successor of the Helio X20. The upcoming chip is called Helio X30 and when released it will feature three core clusters with one of them coming with two Artemis cores at 2.8 GHz, the other one featuring four Cortex-A53 cores at 2.2 GHz and the last one having four Cortex-A35 cores at 2 GHz. The two Artemis cores will perform demanding tasks while the other cores and more specifically the Cortex-A35 cores will execute lighter tasks. Even then the Cortex-A35 cores feature excellent energy efficiency and offer 40 per cent more speed than their predecessors. In addition to all this the Helio X30 will have PowerVR 7XT graphics as well as support for LTE Cat. 13 and 26 MP dual cameras. The chip will be made on 10 nm production process.