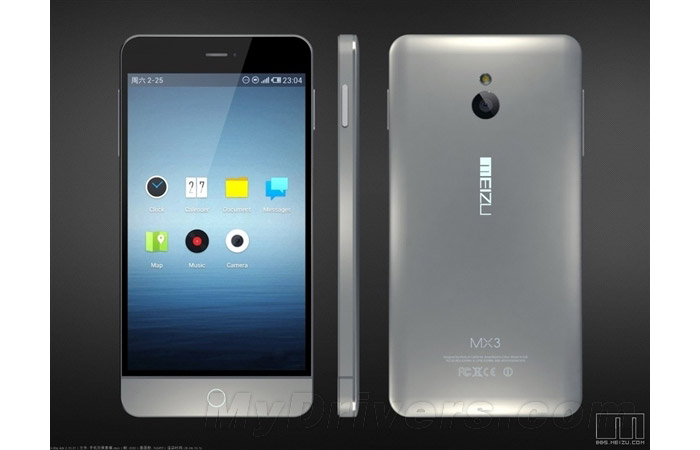 The Meizu MX3 high-end smartphone, which was leaked this spring, will finally be unveiled on September 6 during IFA 2013, Hitechreview has learned.

Unlike other companies the Chinese Meizu focuses on several products and this is the reason why the company offers high-end devices only. This is also why the Meizu MX3 is almost completely different from its predecessor – the MX2. Starting with the changes the MX3 is based on the Samsung Exynos 5 Octa processor, which is found in the Galaxy S4 smartphone. The new smartphone also comes with a larger 5.1-inch display at 1800 x 1080 pixels and 415 ppi (the MX2 had a 4.4-inch display at 1280 x 720 pixels), 2 GB of RAM, 16 GB/32 GB/64 GB and even 128 GB of internal storage but lacks a microSD card slot. In addition the MX3 has a front camera at 2 MP and a rear camera at 8 MP – they can shoot in burst mode at 20 FPS thanks to the integrated Fujitsu Quad ISP chip.

The MX3 device also has NFC, Bluetooth, Wi-Fi and high quality of the output sound thanks to a DAC Wolfson WM5102 chip. The smartphone runs Android under the Flyme 3.0 skin and measures 139 x 71.9 x 9.1 mm for total weight of 143 grams.

All is good except for pricing – the 16 GB model will cost USD 410, while the 128 GB model will sell for USD 650. Sales will commence in late September.