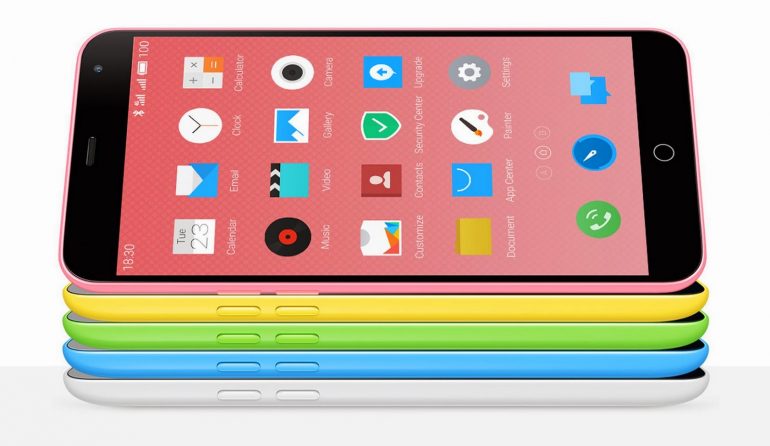 When it comes to technology China is known for being a country where countless companies copy Western technology to make products, whose main feature is low price. Meizu happens to be one such company and if you don’t believe us the latest creation of this Chinese smartphone maker will convince you.

Things become even more interesting when we mention the tech specs and the price of the M1 Note – the new Meizu device is clearly a more powerful alternative to the iPhone 5c. The M1 Note comes with a larger 5.5-inch IGZO display that works at 1080p resolution, Gorilla Glass 3 protection, support for two SIM cards, a 13 MP f/2.2 rear main camera with dual-tone flash, a 5 MP f/2.0 front camera, a MediaTek MT6752 64-bit processor with eight ARM Cortex-A53 cores at 1.7 GHz, a Mali T760 MP2 GPU, 2 GB of RAM and FDD-LTE radio. The device is powered by a nice 3140 mAh battery and runs Meizu’s Flyme 4.1 OS, which is based on Android 4.4.4. The only downside of the phone is perhaps in the storage department – there are two versions with 16 GB or 32 GB of internal memory and there isn’t a microSD card slot for expansion.

The Meizu M1 Note, which happens to be 8.9 mm thick and weighs 145 grams, will reach the market in January 2015 but you can now pre-order the smartphone online if you happen to be in China. The 16 GB version will sell for around USD 160, while the more spacious 32 GB model will cost you USD 190.