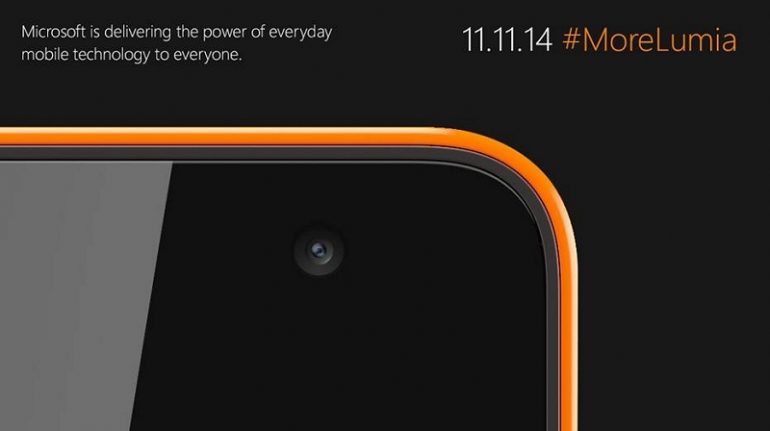 The retirement of the Nokia brand will enter a full force stage later this week when Microsoft plans to unveil the first Nokia-free Lumia smartphone. The event will take place on November 11, 2014 and an announcement for it was published on Microsoft’s Nokia Conversations blog along with a teaser image of the upcoming device.

So far there have been three photos of the new device – the teaser image mentioned above shows a camera module in the upper front right corner of the handset; the other two pictures show what seems to be the front and back of the smartphone. Given these pictures the new Lumia will have a colorful plastic shell which confirms the rumors that the handset will be a budget-oriented device rather than a flagship.

What’s more interesting is that the Chinese Tenna web site claims to know the tech specs of the upcoming Lumia. According to the web site the device will have a 5-inch HD display, a Snapdragon 200 processor at 1.2 GHz, 1 GB of RAM, 8 GB of internal storage, support for two SIM cards, a 5 MP rear camera, a VGA front-facing shooter and a 1900 mAh battery. In addition, the smartphone will be available in green, black, white, gray, blue and orange.