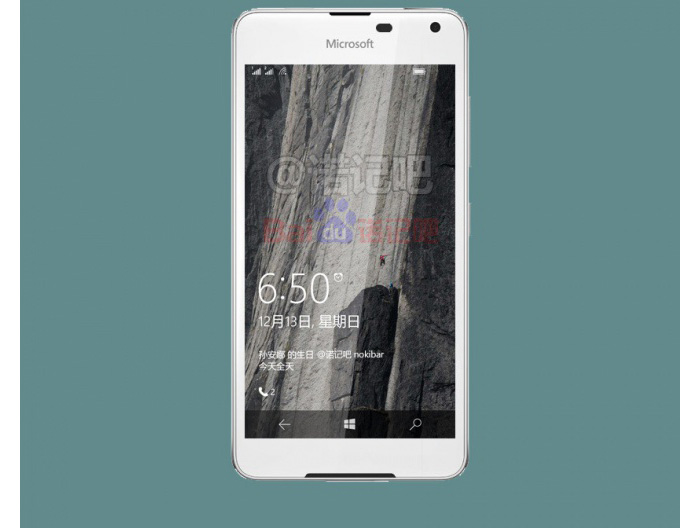 A Chinese web site has released an officially looking render image of Microsoft’s upcoming Lumia 650 smartphone ahead of launch and the image gives us a pretty good idea what to expect.

The image shows a smartphone, which has a metal frame and two speaker openings up front. The Lumia 650 will likely have support for two SIM cards as well since most Lumia smartphones have versions with one or two SIM cards inside. Specs-wise the device is expected to have a 5-inch display at 1280 x 720 pixels but there’s no information whether the display will be an AMOLED one or not. In addition the handset is expected to be an affordable Windows 10 Mobile smartphone so although there’s no other information on the hardware inside we do not expect the Lumia 650 to be a really powerful smartphone.

The Lumia 650 will likely be unveiled in Q1 2016 and more precisely in February next year.

ZAGGfolio is a carrying case with Bluetooth Keyboard for iPad2