Verizon Wireless, the company with the nation’s largest wireless 3G broadband network, and Motorola, Inc., a pioneer in the mobile industry, today unveiled DROID by Motorola, the first smartphone powered by Android™ 2.0. DROID by Motorola features the brainpower and breakneck speed of a modern smartphone, designed to outperform where other smartphones fall short. 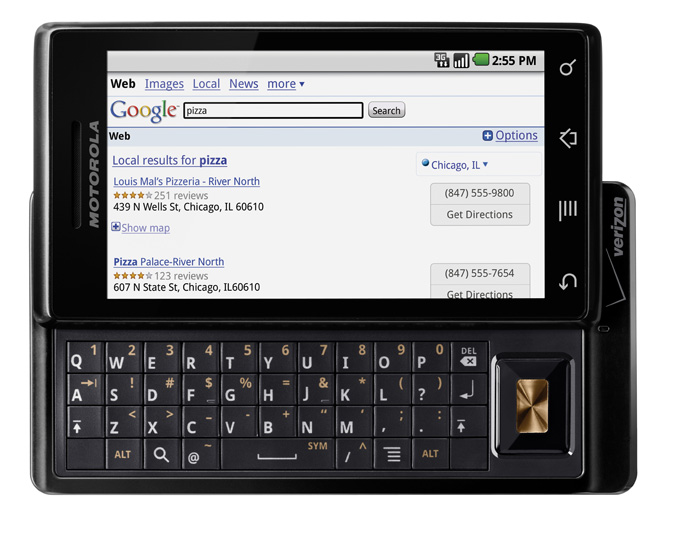 “This is an exciting announcement for Verizon Wireless, as the DROID by Motorola is the first device that we are bringing to market under our ground-breaking strategic partnership with Google,” said John Stratton, executive vice president and chief marketing officer for Verizon Wireless. “DROID by Motorola gives customers a lifestyle device with access to more than 12,000 applications that will help them stay in touch, up to date and entertained, using the best 3G network in the country.” 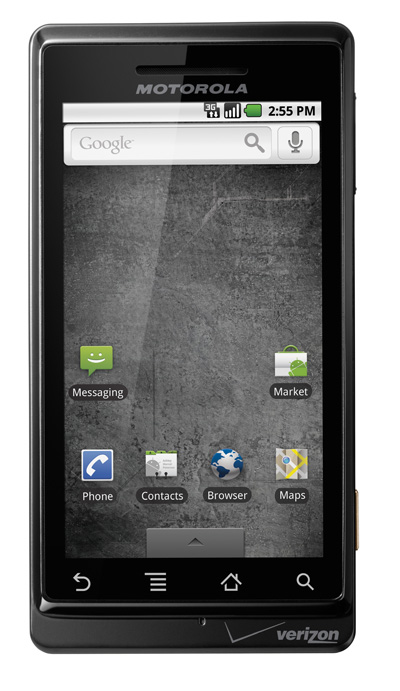 DROID by Motorola has a solid exterior, intelligent interior and is one of the thinnest full-QWERTY slider phones available. It is a no-fuss, high-tech, location-aware, voice-recognizing, over-the-air updating, multi-tasking machine – and it is available just in time for holiday wish lists. 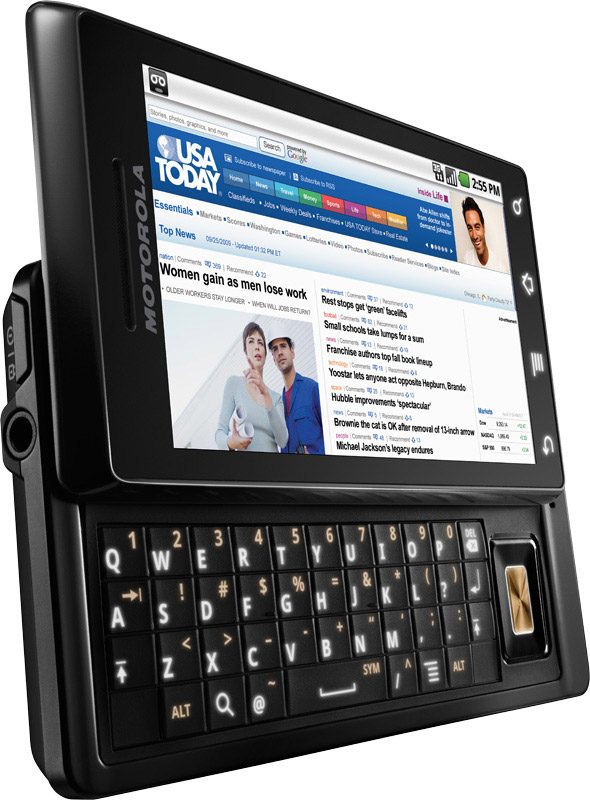 With DROID by Motorola, you can: