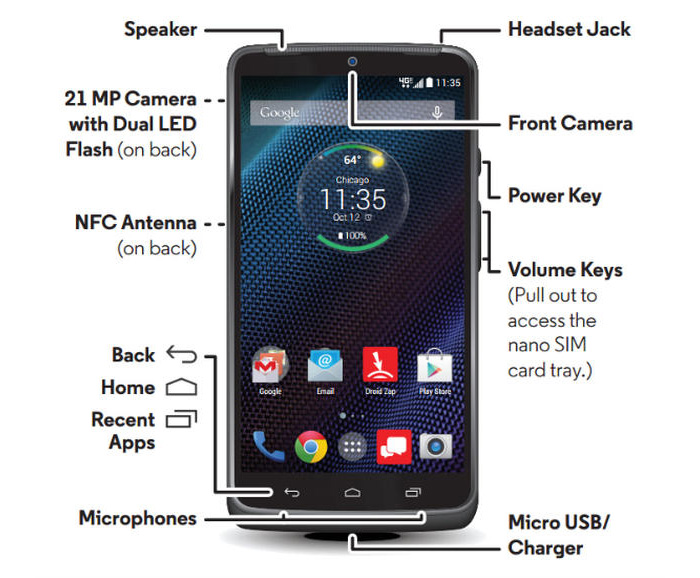 As it usually happens the specs of an upcoming smartphone get leaked well ahead of schedule and today we have the same case – this time affecting the upcoming Motorola Droid Turbo smartphone. The news is rather trustworthy, though, as the information about the device comes from a manual, issued by the US mobile phone operator Verizon.

According to the manual the future Motorola Droid Turbo will have a 21 MP rear camera, which will be the main feature of the new smartphone. We do not have information on the maker of this sensitive sensor but it could be Sony. In addition to that the Droid Turbo will come with physical navigation buttons and a dual-LED flash system as well as a large 5.2-inch display at an “Ultra High Definition” resolution, LTE, Wi-Fi, Bluetooth and NFC. No information on the rest of the specs but we will surely have some more of it a bit later since the device should appear on the market sometime in November.

You can take a look at the manual here.