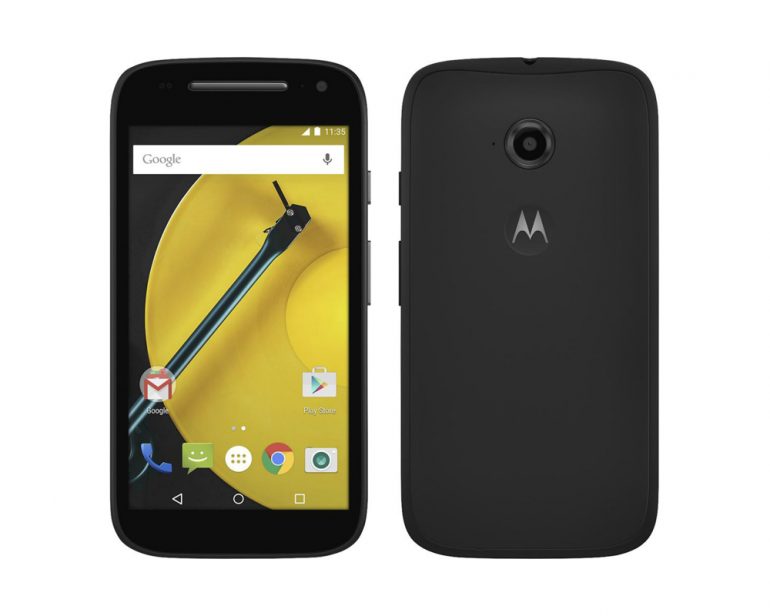 A few weeks ago we wrote that Motorola would release a new and largely improved version of its budget-oriented Moto E smartphone. We thought the device would come out during MWC 2015 but apparently this is not the case – much to the surprise to everyone Motorola has released the updated Moto E ahead of the expected date.

The new Moto E is truly upgraded – the new version of the phone comes with more internal memory, which is now 8 GB, up from 4 GB in the original model. In addition the device has a new and larger 4.5-inch display, up from the 4.3-inch display in the original; the display resolution, sadly, has not been improved and the display in the new Moto E works at the same qHD resolution (960 x 540 pixels). The updated Moto E will also treat you with support for LTE, a brand new 64-bit Qualcomm Snapdragon 410 processor with four cores at 1.2 GHz, and a 0.3 MP front camera that was not there in the original model. Strangely enough Motorola has forgotten to mention the amount of RAM installed. A new 2390 mAh battery powers the new smartphone – the battery has been upgraded too from 1980 mAh in the original Moto E. Finally the new smartphone runs Android 5.0 Lollipop.