I’ll start with the “loudest entertainment smartphone”- Nokia 600. The phone measeures 111 x 53 x 13 mm, weights 100 grams, and has a 3.2-inch (640 x 360) capacitive touchscreen. It is powered by a 1 GHz processor  and has 2GB of built-in storage, plus a microSD card slot if you  need more. On the back there’s a 5-megapixel full focus camera with LED flash and HD video capture and inside you’ll find a A-GPS, accelerometer, 802.11 b/g/n WiFi, Bluetooth 3.0, NFC, a micro USB port, and a 1,200 mAh batter, promising 60 hours of music playback time. Nokia 600 also is equipped with powerful internal loudspeaker and built-in FM radio antenna for listening to radio without headphones and FM transmitter that makes it possible to broadcast music from your phone to any FM radio. The phone will be available in black, white, pink and lime for around 180 euro. 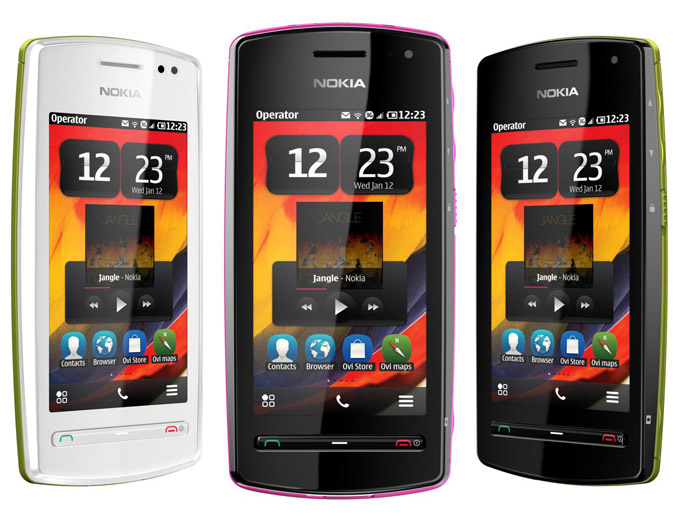 The next in the Symbian Belle range is “the most compact touch screen monoblock smartphone in the world” -Nokia 700, measuring 110 x 50.7 x 9.7 mm and weighing 96gm. It has a 1Ghz processor and 3.2 inch (640×360) AMOLED screen ClearBlack display, 2GB of internal memory, 5MP full focus camera with LED flash and HD video recording. Connectivity options include HSDPA cat 10 up to 14.4 Mbps, HSUPA cat 6 up to 5.76 Mbps, WLAN 802.11 b/g, NFC, Bluetooth 3.0, A-GPS with magnetometer, Micro-USB connector and charging, and 3.5 mm audio jack. The phone will come in Cool Grey, Silver/White, Coral Red, Peacock Blue and Purple, priced at 270 euro. 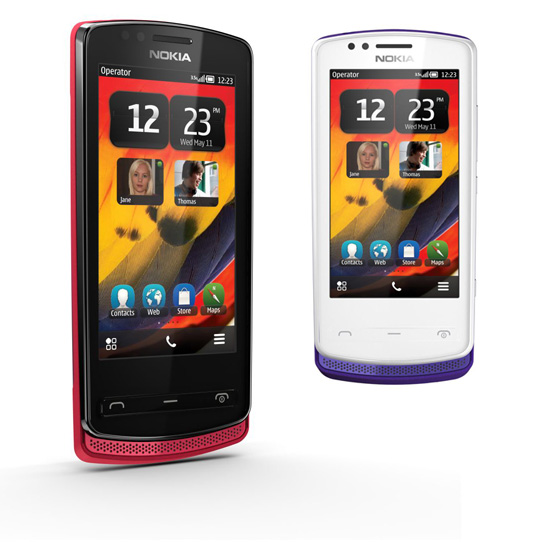 And finally is Nokia 701 with “the world’s brightest ever mobile phone display” – 3.5 inch (640×360) IPS LCD ClearBlack display boosted by 1GHz processor and 8GB internal memory, with possibility to increase up to 40GB via microSD card. It is packed with aGPS, 802.11 b/g/n WiFi, NFC, Bluetooth 3.0, FM radio a micro USB connector, and a 1,300 mAh battery.  The phone measures 117.3 x 56.8 x 11 mm, weights 131 grams and has two cameras – 8MP full focus camera with dual LED flash and 2 X digital zoom and  front-facing video-call camera. The Nokia 701 will be available in Steel dark, Silver light, Amethyst violet and White for 290 euro. 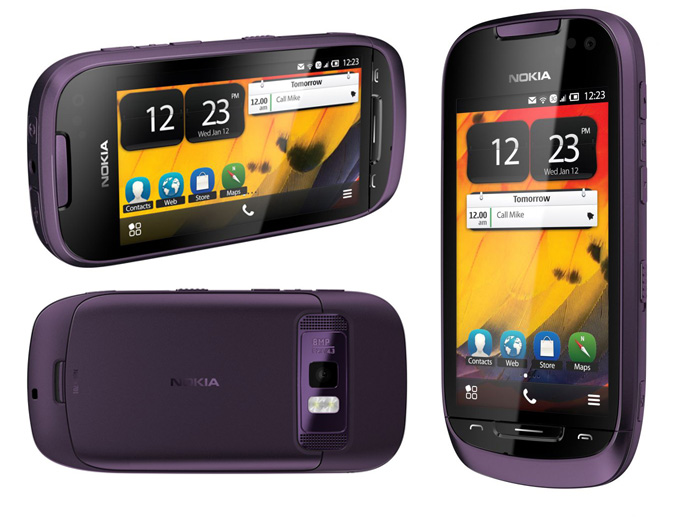