Nokia has been stealing the show at the MWC 2012 in Barcelona, Spain. After unveiling three new Asha phones, the Finnish mobile communications giant also officially unveiled the hotly rumored Nokia Lumia 610 reports of which have been in circulation on the Internet for quite some time.

The device has been a public secret lately as it was in the process of getting certification for a number of different countries but thanks to the official announcement it is now clear that such a phone exists.

The Nokia Lumia 610 is going to be the most affordable Windows Phone handset of the Finnish company but Nokia also claims that affordability does not mean low quality or skimpy features. 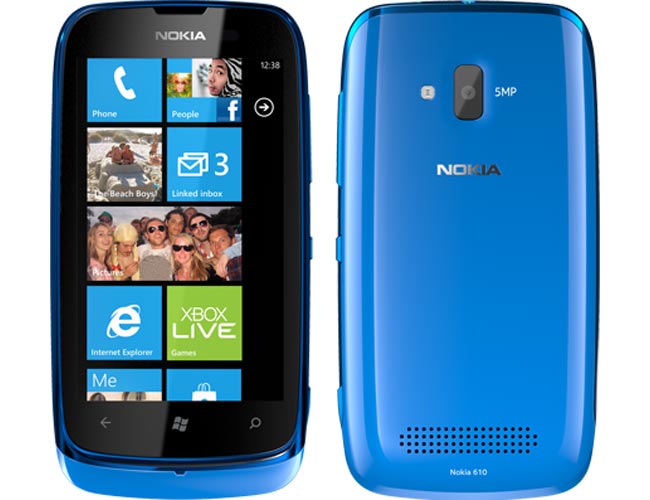 So let’s prove it! The Lumia 610 arrives with a 3.7-inch 800×480 pixel WVGA TFT touchscreen display, a 800 MHz Qualcomm Snapdragon S1 processor, 256 MB of RAM, 8 GB of internal storage, a 5-megapixel rear camera with a LED flash and a 1300 mAh battery. The Lumia will also be run by the Windows Phone 7 Tango operating system. In addition the Nokia Lumia users will be able to enjoy some of Nokia’s exclusive features such as Nokia Maps, Nokia Drive, Nokia Music and the new Nokia Transport. This new feature will provide commuters with door-to-door and step-by-step directions, along with bus/train/tram schedules for a majority of cities around the world. Users can also pin a schedule they have chosen to the tiles on their home screen to allow for easy access.