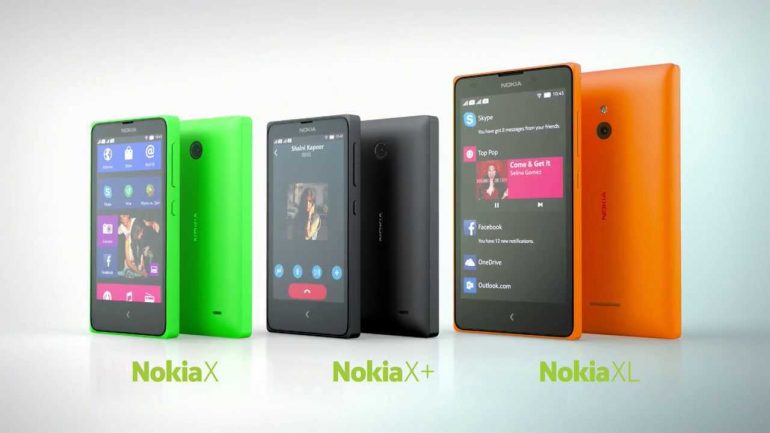 The unthinkable has finally happened – the Finnish Nokia, which has been selling Windows Phone-based smartphones for a long time, has now unveiled new devices that are powered by Android, despite the fact that it is now owned by Microsoft.

The new smartphones are called Nokia X, Nokia X+ and Nokia XL. They all share a lot of the tech specs – the Nokia X comes with a 4-inch display at 800 x 480 pixels, a dual-core Qualcomm processor at 1 GHz, 512 MB of RAM and 4 GB of internal memory. In case this is not enough you also get a microSD card slot. The Nokia X+ has the same specs but it comes with 768 MB of RAM and a microSD card with 4 GB of capacity. The Nokia XL is a bit different – it has a 5-inch display at 800 x 480 pixels, 768 MB of RAM, 4 GB of internal memory and a 5 MP camera. The Nokia X costs EUR 89, while the other two models sell for EUR 99 and EUR 109 respectively.

All models run a modified version of Android 4.4 KitKat and come in several colors. The OS itself comes in a Nokia shell and unfortunately does not support Google Play – instead Nokia wants the users of these smartphones to use Nokia Store. In addition these new devices support numerous Nokia/Microsoft services such as Skype, Outlook, OneDrive and more.