Computers have always co-existed with viruses, just like mankind has been living with numerous diseases for millennia but while it takes days, maybe even weeks to get healthy again, things with computer viruses are a bit easier – if you can’t remove the culprit, you can simply re-install your operating system and be up and running again in a few hours time. Unfortunately things will now change for the worse for mobile gadgets and more precisely for users of Android – researchers have discovered new Android viruses that simply cannot be removed.

Like many other harmful programs the new viruses pose as useful programs but in the background the expose phones to potentially dangerous root exploits and get so deep into Android they cannot be removed and even a factory reset is no good. As of now there are more than 20 000 different apps with this malware inside and the number will likely grow. The whole thing works as follows – people who stand behind the new viruses download legitimate apps from places like Google Play, infect them with the malware and then publish them online on third-party Android app web sites where people can download them. When they do the malware starts and digs itself deep into the root directory of Android and stays there; the app, however, provides the same services and functionality as the original app so users cannot see any difference. Unfortunately, the only way to get rid of this malicious software as of now is to buy a new phone.

The good news here is that if you go only to legitimate stores like Google Play you should be fine although the highest number of infections has been seen in developed countries such as the United States and Germany, where people generally do not have problems buying apps from legitimate application stores. In any case you should start being very cautious when downloading apps for Android.

The Taiwanese smartphone maker HTC has exhibited a new Windows Phone 8-based smartphone known as Tiara. According to the company the new device will occupy the market niche between the HTC 8X and 8S smartphones. The HTC Tiara is based on a 1.2 GHz dual-core Qualcomm... 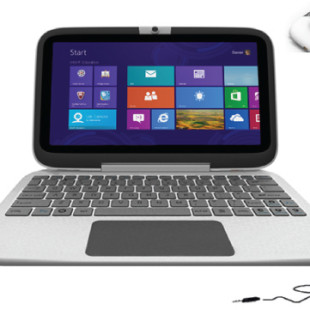 Tech giant Intel has presented its latest generation of student computers at an event held in the UK. Currently the US company has a tablet and a notebook to offer. The notebook is codenamed EF10MI2 and comes with dual core Celeron processors (N2805 at 1.46 GHz and N2806 at 1.6 – 2.0 GHz), 2...

Belkin has announced four new products, which will help you to lower your electricity bills. The Conserve line of energy-saving accessories includes Conserve Insight, Conserve Socket, Conserve Valet, and Conserve Smart AV make it easy to save energy and minimize your environmental...